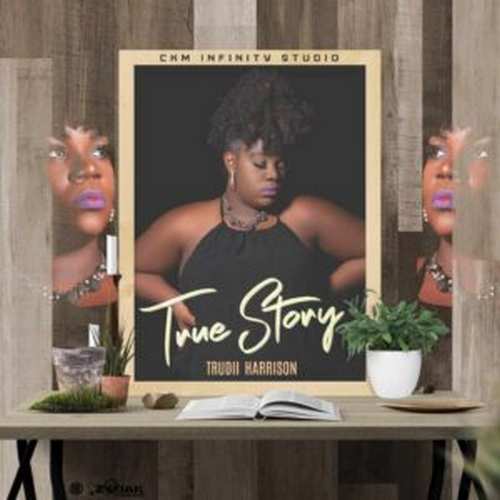 Jamaican roots reggae singer Trudii Harrison hails from the rural Jamaican parish of St Ann. She began singing in competitions as a child and later pursued her love of music working in Jamaica’s hotel and tourism sector as a band singer since 2012 and cabaret performer since 2013. From studying the music she became inspired by reggae stalwarts Marcia Griffiths and Dawn Penn to mainstream pop singers Michael Jackson and Whitney Houston.

She met Manswell through a mutual friend and after hearing rough versions of her work, the Trinidadian bass player and producer was keen to record songs with her. It was while at home watching the video of George Floyd, one of the most horrific incidents of 2020, that music producer Cliff Manswell sent her a draft for the new project he was working on. Manswell’s draft had a ‘One Drop’ reggae feel that appealed to her and made it easy for her to translate her passionate thoughts into lyrics. In a matter of two days after Manswell sent that draft to her, she penned the lyrics, did the studio time, and returned the fully realized recorded piece back to him. It had become Black Voice, the first single from True Story, an 11-track album released August 13, 2021 on CKM Infinity Studio.

The album features several tracks with a political message such as the aforementioned Black Voice, I Cried, and Fed Up, but also includes songs about love, emotions, and feelings such as Getting Better, Fantasy, Love Game, and Touch Me. The tracks Ride You and Mi Nuh Easy bring in nice dancehall vibes.