There are not many father and son partnerships in reggae, certainly nowhere enduring as Willie and Kashief Lindo, who have been recording songs together as producer/artiste for 25 years.

The duo’s latest project is Love On…, a 14-song lovers rock album released October 1 by their Heavy Beat Records, based in South Florida.

Although it has covers of James Brown’s Prisoner of Love and Goodbye Now Forever made popular by The Clarendonians, Love On… is dominated by original songs such as the title, She’s The Kinda Girl and Can’t Run Away From Your Heart.

After topping regional reggae charts in the last 18 months with socially-conscious songs, Kashief, 43, welcomed the opportunity to return to ballads which he started his career doing. 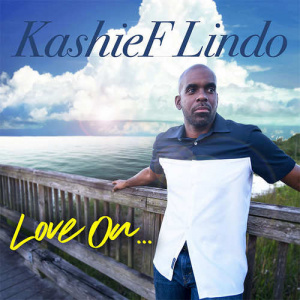 “At the end of the day, you want people to feel good when they hear a song, especially when it’s positive. Feel-good songs are always great because people want to live a good life with as less stress as possible,” he said.

Willie Lindo, who is in his early 70s, has lofty expectations for Love On… which has been in the works for over three years. He said Kashief has improved as a vocalist which is evident throughout the project.

The senior Lindo added that his son’s greatest trait is something he shares with one of reggae’s greatest singers.

“Kashief an’ Beres (Hammond) have something in common. When dem (they) record, dem don’t sing their best. If you want to hear Beres sing, mek (make) him stand in front of yuh an’ yuh never believe what yuh hear. Kashief is like dat,” he explained.

Willie Lindo knows a thing or two about Beres Hammond. He produced his acclaimed Soul Reggae album, released in 1978, as well as What One Dance Can Do, his belated dancehall breakthrough seven years later.

He also produced Kashief’s initial hit songs, No Can Do and The First Cut.

Since its release, Love On… has enjoyed strong radio rotation in South Florida. There was a listening party there on November 4, with a follow-up tentatively scheduled for December.

“I want it to hit big, not just in Florida, New York, and Jamaica. I want as many people as possible to hear this album,” said Kashief.