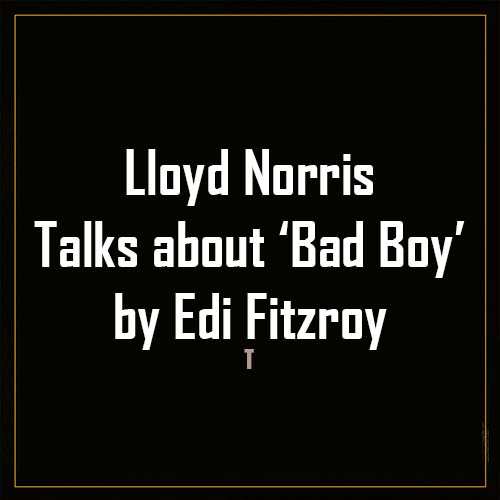 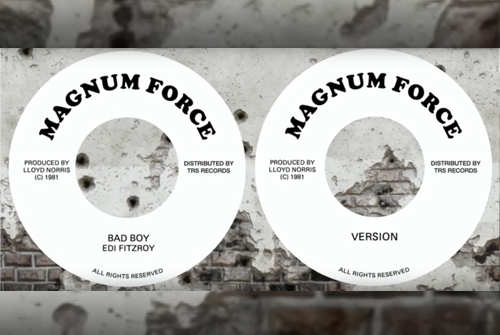 Lloyd Norris entered the music business in 1978 with ‘It A Go Dread’ by Prince Tony Robinson which followed on with a string of records after, including ‘Revelation 22’ with Lloyd on lead vocal. But it was in 1981 when Norris and Edi Fitzroy collaborated together to record the roots killer ‘Bad Boy’, a call to the youth to stop the violence. The session at King Tubby’s studio was done alongside Deadly Headley, who’s responsible for the catchy sax-lines. France-based TRS Records (Top Ranking Sound) reissued Edi Fitzroy’s ‘Bad Boy’ in 2020.

My name is Lloyd Norris, record producer at Magnum Force Records. I hail from the hills of Portland, Coopers Hill, Jamaica.

From an early age, I wanted to be a singer, record producer, something… to start in the music business.

In 1981, I think it was, early ’81, I met Edi Fitzroy, yes the great Edi Fitzroy, y’know a very cool brother. He had just come from a tour, a European tour, with Mikey Dread… Dread at the Control. And uhm… I’m not quite sure where we met. It could have been Tubby’s, it could have been JBC, or somewhere else. I used to frequent JBC, trying to get airplays for my records. And uhm… So, it could have been JBC. Edi Fitzroy was working in the accounting department there. So we became friends. Cool brother, down to earth, y’know. Although he was a big superstar, he was very humble. So, y’know, I asked him if he would do a song for me on the Magnum Force label. And without any hesistation he agreed.

I had this riddim that I got from Striker… Bunny Lee, the ‘Money Money’ riddim, which complement Edi Fitzroy’s style of singing. So, y’know, he had this bad song called ‘Bad Boy’. We went to Tubby’s… I think it was one Saturday afternoon and recorded it.