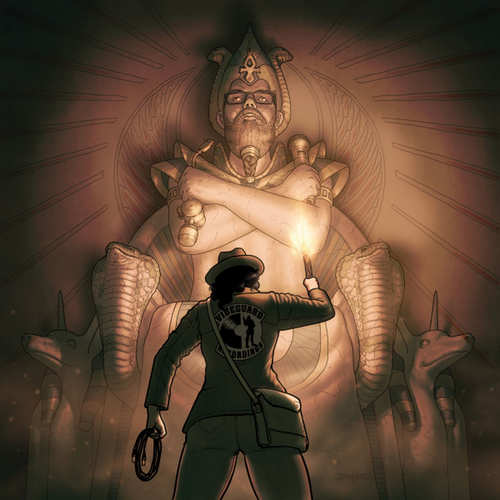 From French label Vibeguard Recordings comes Osiris MC’s brand new EP Le Retour De La Momie (The Return Of The Mummy) – released in digital format and on limited edition 12″ vinyl single. As the title indicates the lyrical content of this 6-track collection is entirely delivered in French. Since the 2015 tune Generation 2.0 nothing has come out from the raggamuffin deejay, but now Osiris MC returns with a project that mixes digital reggae and all kinds of vibes from the the artist’s universe (Egyptian sounds, noise of cans, or other zombie groans). Osiris MC is known as a real lyricist and riddims killa which he proves with this colorful EP. Its digital release contains Concept Dub, a bonus track from the Green Chapel Doctor.