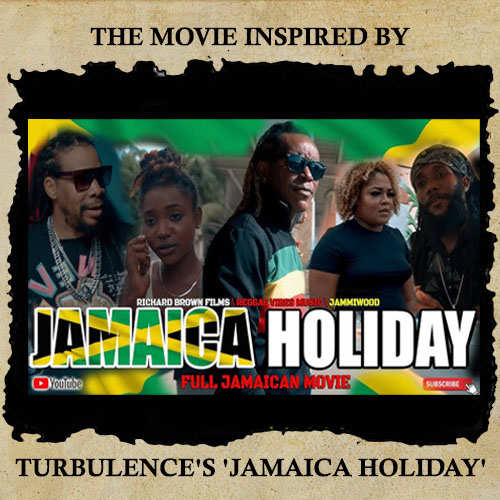 In July of this year, Marlon Folkes, the CEO and owner of Reggae Vibes Music, announced that their latest release at the time – Jamaica Holiday, which is performed by Turbulence – has inspired a movie.

The one hour and twenty-six minutes film, which has been uploaded to YouTube, was written and directed by Richard Brown and Glenroy Dodd; with production credits going to both Richard Brown Films and Jammiwood.

When asked to give a quick synopsis regarding the movie, Folkes said it’s about “a character with life challenges who decide to travel the country to clear his head. The journey shows [the] good and bad of Jamaica, [but] mostly good and how the bad turns into good.”

It goes without saying that reggae recording artist Turbulence is one of the stars, but in order to find out what role he plays persons will have to watch the entire film for themself. Jamaica Holiday, the movie, was to be released in August but it was delayed because of the ongoing lockdowns caused by the Covid-19 pandemic.