When Koffee won the Grammy Award for Best Reggae Album in 2020, it was the first for a solo woman in that category. But although she broke the proverbial glass ceiling, only a handful of females have been nominated, 37 years after the music was granted Grammy status.

Two women are in the running for the 2022 Reggae Grammy — Etana with Pamoja and Spice for Ten. Live N Lovin by Sean Paul, Royal from Jesse Royal, Beauty in The Silence by SOJA, and Positive Vibration by Gramps Morgan complete the lineup.

It is the second nomination for Etana; her first nod was in 2019 for Reggae Forever. She is the first woman nominated twice for Best Reggae Album.

Noting that, “Being an artiste requires more than just a pretty face and a good song,” Etana stressed that reggae/dancehall remains a male-dominated arena where sexism is rife. 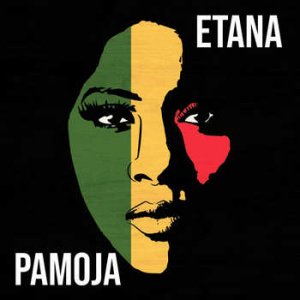 “I will say that culture may play a huge role in the challenges that women face in reggae/dancehall music. Once I was told by a man who I thought was an upstanding person in music, “Me? Help you? Me have to f*ck you first and you can’t have no husband either! You have to get rid of him.” She said the exploitation is not only sexual. Economics is another huge factor.

“Not all women own a studio, or have access to studios or have the funding for quality production independently. I was lucky to meet a few producers who respected my talent enough to have me work in their studios,” she explained. “When I first started, Claude Sayers and Ethan Evans of Fifth Element were very kind and supportive as managers. Kemar McGregor, Shane Brown, Robert Livingston, Donovan Germain, Alborosie, Patrice Bart Samuels, and Clive Hunt who allowed me to work in their studio without charging me at all or if they did it was minimal compared to standard price.”

Judy Mowatt was the first woman nominated for Best Reggae Album. That came in 1986 for Working Wonders, one year after Black Uhuru won the inaugural reggae Grammy with Anthem.

It would be another seven years before Rita Marley, Mowatt’s colleague in The I Threes, became the second woman nominee with We Must Carry On. In 1999, Sister Carol was nominated for Lyrically Potent. The gap between Lyrically Potent and Reggae Forever was a staggering 22 years!

One area Etana believes male and female reggae acts lag when it comes to the Grammy Awards, is education. After almost 40 years, many are still ignorant about the event’s rules.

“More Jamaicans must become members of the Recording Academy. They should contact someone who they know is a member so they can be recommended. Cristy Barber once told me the same thing years ago and I never forgot it,” she said.

While the gender disparity is still wide in Jamaican music, Etana is optimistic for a brighter day. “As the years go by I believe there will be much more progress for women in reggae and dancehall,” she said.

The Grammy Awards are scheduled for January 31 at the Staples Center in Los Angeles.