Jah Mason sings about the ‘Way The System Works’ 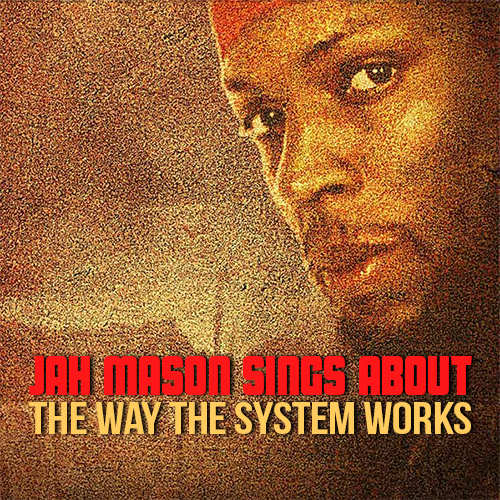 JAH MASON SINGS ABOUT THE ‘WAY THE SYSTEM WORKS’

“This song is my way of speaking up about some of the injustices we experience in society every day. It’s a call out to world leaders, people in power, to fix the system and stop the corruption,” the artiste explained.

A talented team of musicians came together to make this track the high quality production it is. Music extraordinaire Fitzroy Francis of Mightyful13 Records, who recently joined in on a partnership with the label, serves as the Associate Producer, with Tommi Tikkanen and Earle Holder appearing as the Mixing Engineer and Mastering Engineer respectively. Dave Carlson contributes his talents on the guitar, while Maria Smith provides supporting vocals and the label’s CEO, producer Josh Harris is on the drums, bass and keyboard.

“Working on this track was a seamless process for us; having a talented artiste like Jah Mason on board really helped the entire production run smoothly and we’re very pleased with the result,” Harris stated.

Based in California, Big Feet Records is a record label that has worked with many great names in Dancehall and Reggae such as Etana, Lutan Fyah, Junior Kelly, Vershon, and Mykal Rose.

“Since we started a little over a year ago, we’ve been fortunate to work with amazing artistes from Jamaica, putting our unique touch to their already signature sounds. It’s been a great ride so far and we’re looking forward to what’s to come,” Harris expressed.

Jah Mason, known for hits such as My Princess Gone, No Sad Story and Ain’t No Chain, is currently working on new projects that will be announced soon. On the label’s end, expect more projects to drop over the next few months, with upcoming collaborations featuring artistes such as Luciano, Bushman and Twiggi.