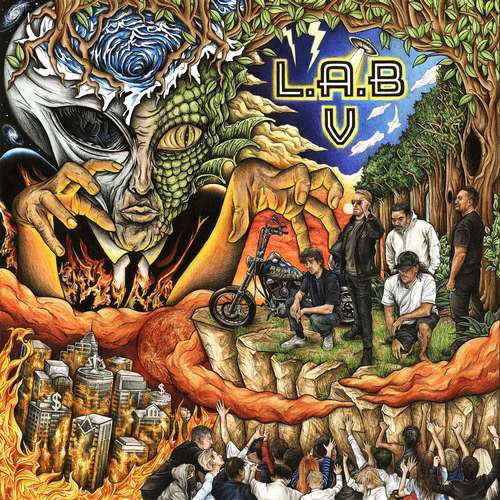 L.A.B return with their new album, L.A.B V, their fifth in five years. Following on from a string of albums & singles that have reached number one at home in New Zealand, L.A.B V features a band continuing to experiment with multiple genres, while staying true to the L.A.B sound. The album sees the band combining their eclectic sound into a compelling journey that moves across reggae, soul, funk & blues.
The new album has once again been recorded at the band’s home of the Surgery Studios in Wellington with Dr Lee Prebble, with the studio helping bring out the nostalgia-tinged sound to the release.