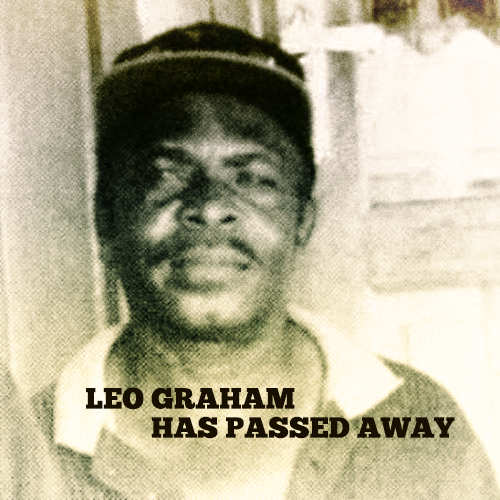 The reggae community goes through rough times with the loss of one after another artist who played his role in the history of Jamaica’s popular music. After the recent passings of Mikey ‘Boo’ Richards and Robbie Shakespeare it’s now the original foundation reggae singer Leo Graham, father of Daweh Congo, who has flown the Zion. He died on the 19th of December in the Falmouth Hospital Trelawny. He was 80 years old.

Around 1968, Leo Graham began his recording career together with Wesley Martin as the vocal duo The Bleechers. They are best remembered for the work they did with legendary producer Lee ‘Scratch’ Perry. For the latter, they recorded singles like “What’s Wrong With You”, “Check Him Out”, “Everything For Fun”, “Come Into My Parlour”, “My Little Sandra”, and “Ram You Hard”.

After The Bleechers had disbanded, Leo Graham embarked on a solo career. He continued to record for Lee ‘Scratch’ Perry and delivered songs such as “Want A Wine”, “Three Blind Mice”, “Revelation Time”, “Black Candle” in which he criticized Obeah religion, “Voodooism”, and “Big Tongue Buster”. Graham Leo’s vocals on Perry’s recordings have been described as ‘quavery’, ‘bleating’, and ‘distinctly rural’. In the late ’70s, he also recorded for producer Joe Gibbs which led to songs like “Perilous Time”, “Hard Times”, “A Win Them”, and “Not Giving Up”. However, the musical landscape of Jamaica had begun to change, and Leo Graham opted to follow other pursuits and left the music business behind.

A Win Them + Version