Anthony Cruz responds to the success of “Leave The Door Open”

At the beginning of October 2021, reggae singer Anthony Cruz – in collaboration with Tad’s Record – shared his rendition of Silk Sonic’s mega hit song Leave The Door Open. Since its release, the lover’s rock tune has taken off considerably with ongoing spins on both traditional and digital radio.

ANTHONY CRUZ RESPONDS TO THE SUCCESS OF “LEAVE THE DOOR OPEN”

Maria Jackson reached out to Mr. Cruz to get his feedback on the success of the record, and to learn what drove him to do it. 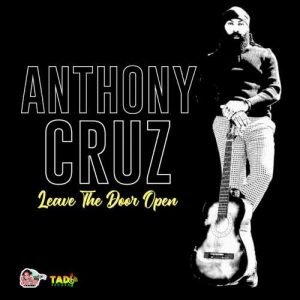 What made you want to remake “Leave The Door Open”?
Hey Maria what’s up? Yes man, well basically when I first heard the song it just brought me right back to where the music is suppose to be as far as like R&B, the soulful music that we use to listen to back in the ’80s… dem time deh when you had like soul train and the big singers a sing the big love songs and man and woman a meet and greet and a go pan dates and a fall in love. So when I heard it, I just knew I had to sing that song over. I just fell in love with the song. I listen that song over and over and over; it’s a song that just win me. You know Jamaicans right across the world, Caribbean people love a good cover version so I had to lick dat one in reggae.

Here in Jamaica the song is always on radio. How do you feel about all the support it’s getting?
It’s doing really good, people loving it and it’s just soaring. We have a video for it out now that’s right across social media getting a lot of love and support, yu know, all over the world man, beautiful song – it’s well done. The riddim was made by Kashief Lindo, Heavy Beat up in Florida. The background was Lymie Murray and you know me deh pan di lead so it was a beautiful combination as far as putting that track together and we have a few more like that we looking forward to release to also.

I know you have been working with Tad’s Record for some time now but can you talk about the initial link up regardless of how far back it goes? Is there any future collaboration with Tad’s Record in the works?
Ye man we have a whole lot of… a matter of fact I have two albums weh me do aready with Tad’s. One is a tribute to Daddy U-Roy where I got the opportunity to sing over a lot of the songs he chanted back in the days for example I’m A Rebel, Queen Majesty, yu know, dem song deh weh me grow up pan. So me get a chance fi sing dem song deh and den mi put some deejay pan all a dem and collab dem and do a tribute album to him. And we also have a album, a solo album that’s finish… we don’t have a name for it yet. We just a watch di vibes and ting. It soon release man yu know. We have a whole lot of work doing with Tad’s man. Very good to work with, very easy and dem know good quality music, so makes it fun yu know.