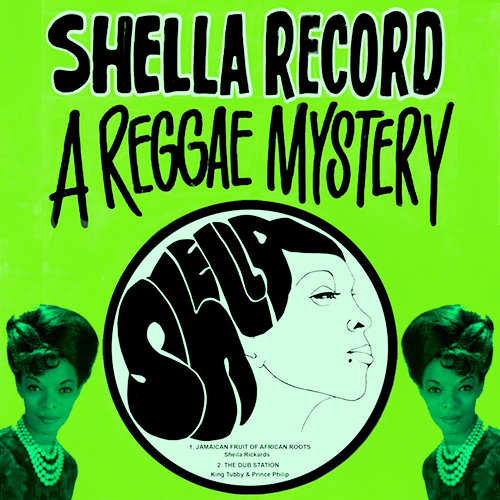 Artist and vinyl fanatic Chris Flanagan became haunted by a lost singer’s voice after discovering of an incredible 10 cent record credited to one “Shella Record” in a musty Canadian thrift store. This record featured Jamaican Fruit of African Roots, the lost vocal cut to one of King Tubby’s most dramatic and devastating dubs from the 1970s. It was never released in Jamaica, but housed on an obscure compilation released only in Toronto ON in tiny quantities in the mid ’70s. He embarks on a quest to find the singer, known as Shella Record, from Toronto, to Kingston Jamaica and all across America enlisting the help of psychics, private investigators and a ghost hunter on a surreal adventure. Legendary producer Bunny Striker Lee, who recorded the song in 1975 with a full line up of Aggrovators, Bunny revealed that Shella Record was in fact Sheila Rickards, a Greenwich Farm Jazz singer from the Mento era who began performing as a child with artists like Lennie Hibbert and Carlos Malcolm. Chris Flanagan’s search has been filmed from the outset and culminated in the documentary film Shella Record, A Reggae Mystery, which will be available on most platforms (Vimeo, Apple TV, Google Play, etc.) on January 11, 2022.