Trojan Records has announced details of their new partnership with legendary music industry heavyweight and genre-defying multi-instrumentalist, artist, and producer Dennis Bovell. Together they will join forces to release The DuBMASTER: The Essential Anthology which will be released on March 25, 2022.

The anthology will be available on double vinyl, 2CD, and digital formats and will showcase a disc of standout Dennis Bovell performances as well as a disc of his acclaimed reggae productions for artists such as Errol Campbell, Janet Kay, Delroy Wilson, Johnny Clarke, Marie Pierre, and many more.

Preceding the release of The DuBMASTER: The Essential Anthology, Dennis Bovell presents a previously unreleased track to digital services, Chief Inspector which was featured on the 1981 album Brain Damage. Alongside the anthology, a series of Dennis Bovell’s classic albums will be made available digitally, celebrating his life’s work with music both new and old. 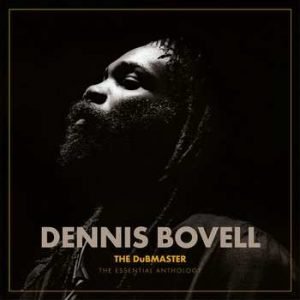 Speaking on this latest project, Dennis said “having had what I would class as a very good relationship with BMG in the past when they suggested that they market me on the Trojan label I had the feeling of going back home. In 1973 whilst I was a member of a group named Matumbi our first release, on which I was the lead vocalist, was released on Trojan Records, so this has given me the opportunity to go back over my tracks. Trojan was the flagship for reggae in the UK, all the big reggae hits were on Trojan. I am hoping that people who listen to this release will get an insight into the many years that I’ve spent in recording studios and working with various artists.”

Born in Barbados in 1953, Dennis Bovell first became known for his artistry in groundbreaking groups such as Works Ahead, Stonehenge, and Matumbi, the latter becoming Britain’s pioneering reggae export, achieving global success as the genre crossed over from Jamaica and into the mainstream. In addition to his game-changing work as an artist, he has worked alongside chart-topping artists including Janet Kay, Edwyn Collins/Orange Juice, The Boomtown Rats, Sade, Jarvis Cocker, Bananarama, Bobby Gillespie, Boy George, Arcade Fire, and Joss Stone, to name a few.

Alongside his musical career, Dennis has also carved a niche for himself in the world of television and film: he has served as the musical director for the film Babylon and for the TV series The Boy Who Won The Pools (ITV) and has penned theme music for Channel 4 documentary series The Bandung File and BBC 2 program Rhythms of the World. In January 2011 he presented and performed the acclaimed BBC series and live show Reggae Britannia.

As a progressive creator who has showcased his works on vinyl, cassette, CD, and streaming, Dennis Bovell continues to produce for international artists both new and established as well as presenting his acclaimed Soho Radio show Dub On Air, and recently featured in Steve McQueen’s critically acclaimed cultural TV highlight Small Axe.

Dennis Bovell remains a pioneering artist and popular mainstay in both music and culture. Widely regarded as Britain’s reggae maestro, with a five decades career that spans a number of musical eras and genres, his new anthology will celebrate both his unique ear for music, which continues to incorporate a rich array of references, as well shining a light on his unique sound that is still so loved by his legion of loyal fans from across the globe.