Yami Bolo is back

As an infant, Yami Bolo recalls swallowing a nail that could have killed him. To him, being saved was a blessing from the Almighty, akin to signing a contract with God.

The 51-year-old singer, who has been noticeably absent from the recording and touring scene in recent years, renewed that contract in 2021. It resulted in Jah Love Will Rule The World, his first album in over a decade.

YAMI BOLO IS BACK

A longtime resident of New York City, Bolo produced the 10-song set for his Yam Euphony Music Inc. It was released in April 2021, but he believes it still packs enough punch to get the attention of a world in turmoil. 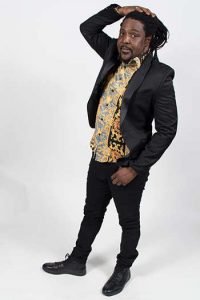 “When I listen to di music out there, I hear a lot about guns. Well, my music is about love an’ di youths want to hear more of dat,” he said.

Jah Love Will Rule The World contains songs like Shedding of Blood and Campaign Genocide. They are typical of the message tracks that made Yami Bolo a rising roots act during the mid-1980s when he first toured the United Kingdom and Europe with Sugar Minott, Junior Delgado, White Mice, and Augustus Pablo. Songs like Puppet Master and Jah Made Them All cemented his growing reputation and expanded his base to the United States and Japan.

Bolo made dancehall-friendly hit songs like Just Love My Woman and Put Down Your Weapons (with Capleton) in the 1990s. But his recording and touring slowed considerably in the past 10 years. He blames that lull partially on music business politics. Also, he wanted a break, considering his recording career started as a 15-year-old with the song When A Man Is In Love for producer Winston Riley.

“Mi always been recording yuh nuh, mi jus’ never put out di song dem ’cause mi did a guh through personal issues. So, mi decide to tek a break an’ check into miself,” he explained.

Born Rolando McLean, Yami Bolo is from the working-class community of Greenwich Town in Kingston Jamaica. That area has produced acts such as John Holt, Slim Smith, Earl Zero, and the Soul Syndicate Band.

While it has a rich music legacy, Greenwich Town is also prone to outbreaks of violence. For the last 25 years, Jamaica has also been besieged by rampant criminality that has seen over 1,000 homicides annually.

Bolo last visited his country in 2018 but keeps in touch with developments in Jamaica through the internet, family, and friends. He has dedicated Jah Love Will Rule The World to his troubled homeland.

“I don’t like to hear what is going on there ’cause our country is such a beautiful place. It’s sad to know Jamaica is going through those things,” said Bolo.