International Reggae singer Jahmali has dropped a vibrant, new music video for his song On Repeat ahead of his highly anticipated Pleasant Place album. A major contributor to the genre, the soulful crooner takes the buzzin’ On Repeat to new heights in the visual, which is now playing on his Vevo channel and numerous streaming platforms.

For the visual, Jahmali has teamed up with director Marshmello Films (The Production Hub/Steve Tobin) for the first time. The final product is wowing music lovers as the visual vividly captures the song’s upbeat vibes. 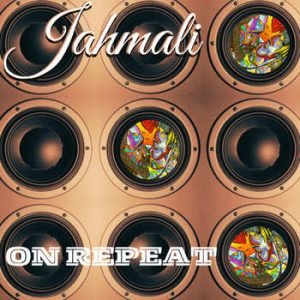 With Kingston, Jamaica, and Miami Beach, Florida, as the backdrop, cityscape and tropical scenes seamlessly unfold. While Jahmali sings the uplifting song, the video intermittently cuts to a beautiful woman jamming to her favorite tune through liberating moves. Notably, the female dancer is an astute graduate of the National Dance Theatre Company of Jamaica.

“The video embodies the feeling of victory over loneliness and celebration of the potential of being loved,” says Jahmali. “It gels with the theme of ‘On Repeat’ — cherishing the relationships we have with life, love, and the special people, which we want to continue forever.”

Since its end of year release, On Repeat has made a media splash, amidst garnering tremendous support from international listening audiences. Moreover, many respected radio DJs and sound systems have contributed to the song’s growing buzz.

On Repeat is Jahmali’s first video release since Made For A Woman in 2019. The song, which creatively fuses sounds of Reggae, Afrobeats, and Soca, is a perfect lead-in to Jahmali’s Pleasant Place, slated for late March delivery. The esteemed singer promises a mind-lifting and musically gratifying new album and from the looks and sounds of things, Jahmali is on course.