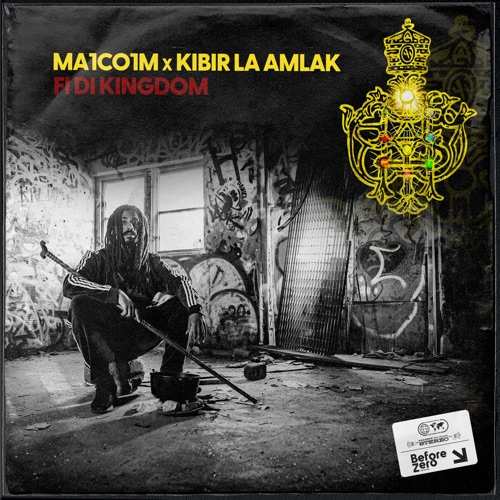 Ma1co1m, a young member of the RasTafari faith, is an artist difficult to categorise. His maternal heritage Ugandan, his paternal Norwegian and he himself currently residing in Stockholm, Sweden. Ma1co1m hails from a new generation of RasTafari musicians, who, although rooted in the ancient foundation of RasTafari reggae and inspired by the greats from Bob to Bunny to Prince Fari, his principal musical inspiration comes from the works of Vaughn Benjamin, the voice of Misnite and Akae Beka.

Fi Di Kingdom is the first of many collaborations between Ma1co1m and London based producer and sound system, Kibir La Amlak. A track that was allowed to become exactly what ‘it’ wanted to be, the riddim was built on a Friday, vocals recorded on Saturday and video shot on Sunday. Just as with Ma1co1m as an artist, one will struggle to accurately confine this track to a specific genre, it’s definitely dub, but also hip-hop and trap, its slow in tempo but in places feels fast paced, its electronic and acoustic, yet one thing which is undeniable is its heavy and deep.