As Jamaica celebrates Reggae Month, airwaves in the country are saturated with songs from the music’s diverse derivatives.

But singer Tony Curtis believes Jamaican Disc Jockeys give little “highlight” to artistes like himself who do serious songs. Power Of Fear is one of the songs Curtis is currently pushing. It is part of The Redemption Project, a 10-song compilation album produced by Junior Brown for Nuh Rush Records. It was released in October.

On Power Of Fear, Curtis calls for black people to stand and be counted at a time when discrimination has seemingly taken hold in countries like the United States. “As a people we are always at the back. We need to move…it’s time to move!” he declared. 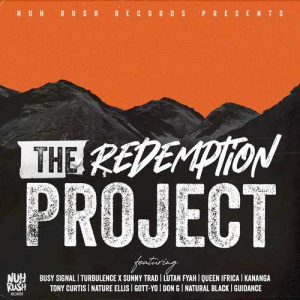 That conscious message does not always resonate with Jamaican radio which is dominated by flamboyant dancehall acts like Shenseea and Tommy Lee Sparta.

During the annual Reggae Month, there is some change. Radio DJs show respect to the pioneers and play healthy servings of Marley, Dennis Brown, Culture, and Burning Spear.

Tony Curtis is one of the dancehall’s elders. He has been making hit songs since the early 1990s. His hits include Faith, Love Should Have Brought You Home, High Grade, and My God Is Real. He is also a member of LUST, the harmony quartet that includes Lukie D, Singing Melody, and Thriller U.

In recent years, Curtis has recorded songs with more serious themes. “When it comes to growing up, yuh have to switch to conscious songs. Wi still do love songs; if somebody calls me to do a song, as long as it doesn’t say chop off somebody neck or murder them, I’m good with it.”

Born Curtis O’Brien, Tony Curtis was raised around music in his hometown of Linstead, a sleepy market town in Jamaica’s St. Catherine parish. His father Bobby Soul, was the lead singer for the Soul Defenders band that played on songs by Burning Spear and Horace Andy at Studio One.

Tony Curtis got his breakthrough in 1993 with Butterfly, a ‘combination’ with Jigsy King, another Linstead native.