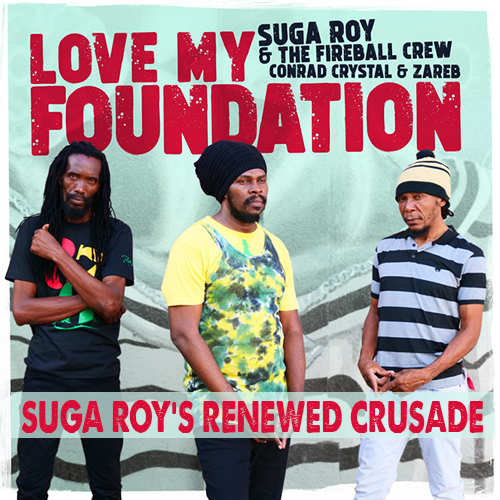 RETURN TO THE MUSIC’S ROOTS

SOJA’s historic win of the Best Reggae Album Grammy Award has prompted calls for Jamaican artistes to return to the music’s roots. That’s something Suga Roy has been saying for years.

The Rastafarian deejay renewed his crusade with Love My Foundation, a 14-song album released in February. It features his Fireball Crew which includes singers Zareb and Conrad Crystal.

Suga Roy was raised on roots-reggae in Clarendon parish, Jamaica. That sound is the backbone of his music but he is concerned most Jamaican youth show little affinity for reggae’s elders.

“I see where di original reggae music fall short with di now generation. With dis album I want to show di roots of di music how I know it,” he said.

Nah Go Run and On This Journey, the initial songs released from Love My Foundation, have done well on the US itunes Reggae Singles Chart and Canada’s Top 100 iTunes Reggae Single Chart, respectively.

On This Journey features J Boog, the Los Angeles-born Samoan artiste who is part of a thriving Southern California reggae scene that has produced bands like Rebelution. 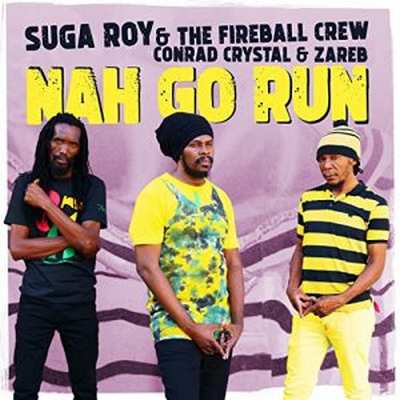 To get that old school roots sound, Suga Roy called on some of reggae’s most respected engineers including Steven Stanley, Colin “Bulby” York, Bobby Digital and Cedrica “Soljie” Hamilton. Interestingly, Soljie has been SOJA’S travelling engineer for many years.

“It was a great vibe to work with dem. Everybody who hear di album love di original sound,” said Suga Roy, who began production on Love My Foundation in 2018.

The first song he, Zareb, and Crystal recorded for their second major project was Granny Back Yard with Bobby Digital as engineer. One of the greats of modern dancehall, Bobby Digital died in 2020.

Suga Roy, whose real name is Leroy Moore, has led The Fireball Crew for over 10 years. He recruited Zareb, a veteran singer who is also from Clarendon, and Conrad Crystal, who had a big hit song in 1985 with True Love Will Never Die.

In 2016, the trio released their first album, Honouring The Kings of Reggae. It contained covers of songs originally done by Bob Marley and Desmond Dekker.

From Arlington, Virginia, SOJA became the first American act to win the Best Reggae Album Grammy and the second non-Jamaican artiste to take that category. Steel Pulse of England were the first with Babylon The Bandit in 1987.

The band’s unexpected victory on April 3 in Las Vegas sparked heated debate throughout the global reggae community about the state of reggae in Jamaica.