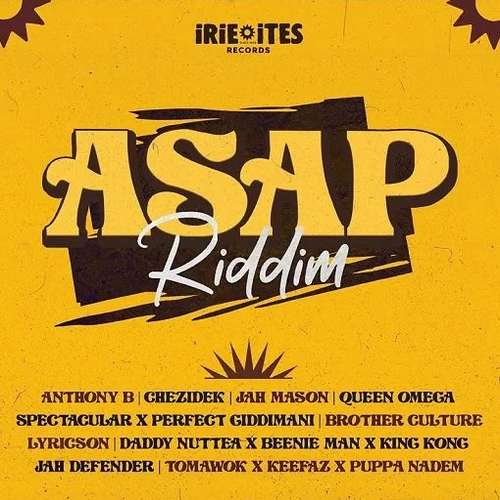 Okay so, when last we left the great and incomparable Trini Reggae empress, Queen Omega, it was November and she was delivering her latest creation, the very colourful Stars Align (there is no way I haven’t mentioned her since then, but I like that intro so I’m keeping it), her varied and well-received EP from last year and, in my opinion, Reggae music’s current most gifted female, is back with a couple of HUGE new tunes to get her 2022 started in a fitting form.

Most recently (just within the past week or so now), the Queen reached with the MASSIVE Thunder Storm via the well reliable Irie Ites from out of France, on their new ASAP Riddim. This version of Queen Omega is flaming! She is more than a little perturbed at the state of affairs in the world and not only that, but she is in a downright STUNNING lyrical form.

This one will probably go on to be one of my favourites from the Queen (which is saying a great deal), because it is EXCELLENT and, every once in a while, you just need to let off a bit of steam. Steam let off for Queen Omega on Thunder Storm. And biggup Irie Ites, who’re slowly rolling out their latest creation, the aforementioned ASAP Riddim as, along with this tune and a previous combination featuring Beenie Man, King Kong and Nuttea.

Also on the ASAP riddim is the latest from legendary chanter and the original fireman, Anthony B, Raggamuffin. Easily one of the strongest tunes from Anthony B in recent times, Raggamuffin is BIG! The press release I read (if I did read it correctly) said that Irie Ites would reveal the rest of the tracks on the riddim soon, featuring names such as Chezidek, Jah Mason, Brother Culture, and Lyricson. I’m damn looking forward to it because the early results have been special.