Ciyo: My music is for everyone 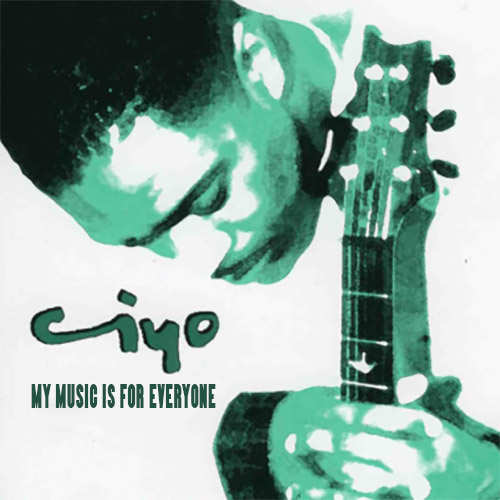 DIVERSITY IS THE KEY

For four decades, Ciyo Brown’s guitar skills have thrilled audiences throughout the United Kingdom, as well as enhanced songs of an eclectic cast of artistes. On his latest album, Can We Pretend, he gives a nod to his jazz and reggae roots.

Can We Pretend was released in February and has fared well on the British jazz and soul charts. It contains 11 songs including the title, originally done by Bill Withers, and the much-covered Again.

Brown, who was born in Jamaica, moved to the UK with his parents when he was six months-old. He has made a name playing London venues like the Pizza Express Jazz Club in Soho which inspired his latest work.

“It (‘Can We Pretend’) was developed in 2017 and commenced with our very first concert at the Pizza Express Jazz Club. Without anybody knowing what they were going to be getting, the concert was completely sold out. The reaction to my reinterpretations of the classic songs that I had chosen was very strong. I knew then that the project was a special one and that it would be well-received. The mantra for the new album is ‘vocal excursions with a tinge of guitar’,” he explained.
​​​ On his seventh album, Brown shows his vocal chops on tracks like Again, a jazz standard that has been interpreted by noted acts such as Doris Day, Frank Sinatra, and John Holt. He did jazz and reggae versions of the song which entered the British jazz and soul charts.

Brown said Holt’s version, done in 1971 for producer Harry Mudie, had an impact on him.

“I am very aware of the versions, having heard John Holt’s first as a child. It was much later on that I learned that it was composed and written by Lionel Newman and Dorcas Cochran in 1949. I purposely retained the reggae bass line with my renditions,” he said.

Brown went to the UK in the early 1960s at the height of West Indian migration to that country. His first lessons on guitar came from his father, but in his teens he was exposed to a music scene which reflected the country’s diverse population.

While he is best known in jazz circles, Brown has recorded or toured with Steel Pulse, Caron Wheeler, Freddie McGregor, Little Roy, Carroll Thompson, and Annie Lennox of The Eurhythmics. He is currently principal guitarist for Aaron Sorkin’s adaptation of To Kill A Mockingbird, playing at the Gielgud Theatre in London.

Brown’s biggest guitar influences are jazz masters including Wes Montgomery, Joe Pass, Ernie Ranglin and George Benson. Like them, he refuses to limit his music and audience.

“My music is for everyone and is not targeted at any particular or exclusive demographic. It heartens me to see people of all ages, genders, colours, religions, creeds and races attending my concerts. Diversity is the key for me and I have employed this open-minded approach to my whole life and not least music,” said Brown.