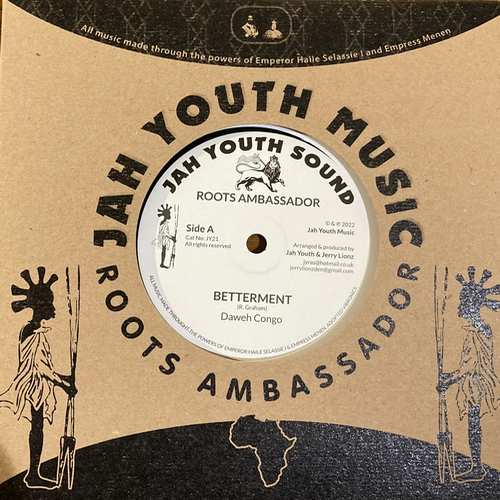 Although Daweh Congo made a serious impression with his 1997 debut album Militancy and by reggae connoisseurs was predicted to become a star in the reggae arena, he failed to make a giant breakthrough. Apart from a few singles and a couple of albums little was heard from him thereafter. Now, he returns with the release of a long time awaiting dubplate on 7″ single. Daweh Congo’s deep roots tune Betterment – with Jerry Lionz’s Better Dub on the flip side – relicks the Vibronics’ Red, Gold, & Green and is produced by Jah Youth and Jerry Lionz. The 7″ vinyl, which comes with a hard cardboard printed sleeve, has been released on the Jah Youth Sound imprint.