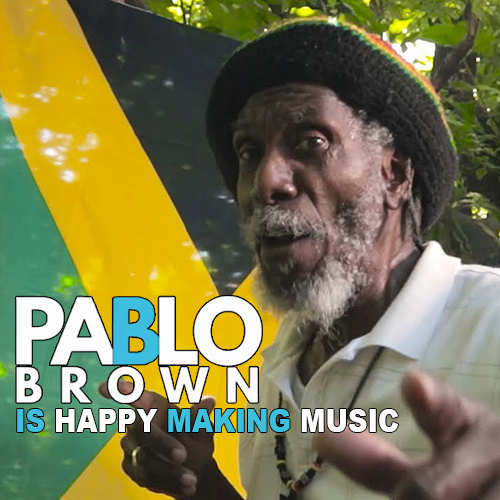 For many young men living in Waterhouse during the early 1970s, the message of Rastafari and pulsating rhythms of reggae were inescapable. One of those entranced youth was Leslie Brown who would record as Pablo Brown.

Three years ago, he returned to music after almost 40 years with the self-produced song, “Tuffa Than Stone”. In November 2021, Brown continued his comeback with “Sweet Reggae Music”, another self-produced effort.

“Wi had di songs so wi jus’ get di musicians together an’ do wi ting. It was a great vibe in di studio an’ I think yuh can hear dat on di songs,” said Brown.

His recording sessions took place at Anchor studios in Kingston with The Firehouse Crew, who were budding musicians in Waterhouse when Brown left music 35 years ago.

Proclaiming that, “Di music still inna mi”, the Florida-based singer was drawn to the business after leaving it unceremoniously in the late 1980s. He migrated to New York City and worked in the public transport sector. 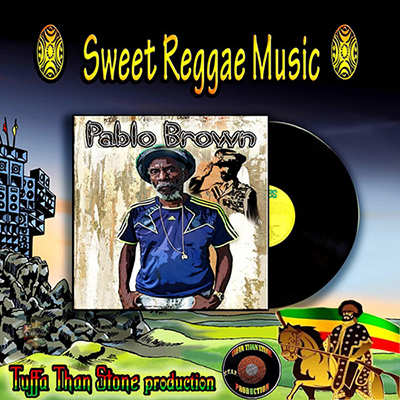 As a youth in Waterhouse, he rubbed shoulders with artistes who became reggae stars. They include Errol Dunkley, Duckie Simpson, founder of Black Uhuru (or Uhuru as the group was initially known); Don Carlos (early member of Black Uhuru), Gold, and Buddy Haye of The Wailing Souls.

“Those were great days, eh nuh. Man used to read di Bible, live upright an’ praise Rasta. Waterhouse was a nice place to be in those times,” said Brown.

Those nice times did not always reflect in music. Alongside Carlos and Gold, Brown was mentored by Haye, an early member of The Wailing Souls, who taught them the rudiments of singing.

They recorded one song for legendary engineer Osbourne “King Tubby” Ruddock called “Prophecy”. The trio was never formally named and Brown left after the lone song.

Next, he formed Rockstone with a singer he remembers only as George. In 1981, they did six songs for Michael Palmer, a Jamaican producer in the United Kingdom. Those songs included “Saturday Night Party” and “Strong Faith” which featured We The People Band’s Lloyd Parks on bass and guitarist Andrew Bassford.

After the master tapes for the songs went missing from George’s home, a dejected Brown threw up his hands, left the music business and moved to New York.

“When dem tief di tapes, it was like somebody guh inna mi stomach an’ tek out mi belly. I jus’ couldn’t deal with it nuh more,” he said.

After retiring from music, Brown moved to Florida. Over the years, he kept in touch with developments of his contemporaries, most of whom made their mark musically.

While he is approaching his 70th year, Pablo Brown is optimistic about making his mark as an artiste. He may not make the charts, but he is happy making music.