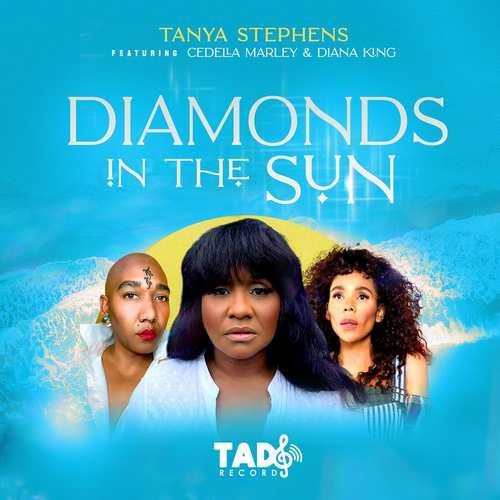 Produced by Tad ‘Jr. Tads’ Dawkins and Tad’s Record, Diamonds In The Sun is an oxymoron in that it both heals and hurts simultaneously. The healing comes from the carefully penned words that act as a positive mental stimuli for women who have dealt with abuse and/or marginalization on any level. What hurts, however, is the realization that women are still having to deal with these degrading issues.

Tanya Stephens said the following about the song: “It is a conglomeration of all our individual activism. We are three separate and different voices… but it was a comfortable and easy fit. The advancement of women, talking about trauma and gender-based violence comes naturally. The intention is to foster the dialogue and keep the conversation going until we are comfortable enough discussing the problem to focus on finding solutions.”

Diamonds In The Sun