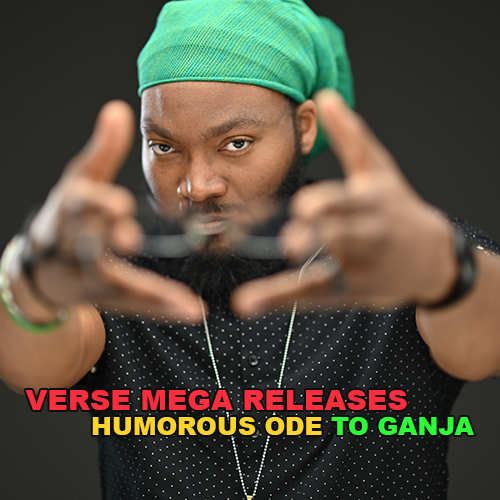 ​​For most marijuana advocates, 4/20 is a day to light up and enjoy the virtues of the ‘good weed’. One day before the global celebration, rapper Verse Mega released 4/19 (Not Quite 4/20), his humorous ode to ganja, as it’s known in his native Jamaica.

Verse Mega was born in Trelawny parish, western Jamaica, but moved with his family to Philadelphia at three years old. Being raised in a Jamaican household, he never lost touch with his heritage.

For 4/19 (Not Quite 4/20), he teamed with his cousin Kirk Bennett, one of the hottest producers in dancehall music.

“The inspiration behind the record was my unique relationship with marijuana over the years. I’ve never smoked weed but I’ve never been afraid of it either. I also don’t drink alcohol. As a Jamaican kid, weed was never a big deal to me and honestly I’ve seen way worse behaviour from people who were drunk than people who were high on weed. I also acknowledge the medicinal value of marijuana,” Verse Mega explained.

The dreadlocked artiste savoured the Philadelphia hip hop/neo soul scene which shaped his sound. Homegrown artistes such as The Roots had a strong bearing on Verse Mega whose personal playlist also included fiery Jamaican acts like Peter Tosh and Sizzla. 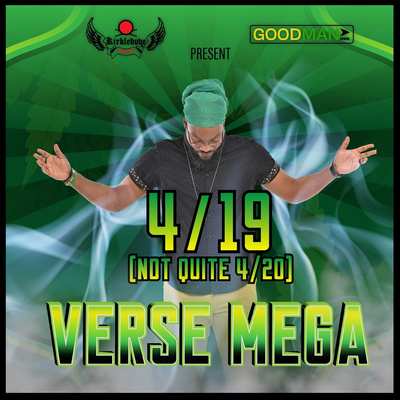 With Bennett’s guidance, he blended those diverse influences for 4/19. The song is a departure from his previous work which was largely hip hop.

In terms of weed songs, his favourites include Tosh’s Legalize It and Bob Marley’s Natural Mystic as well as funkster Rick James’ Mary Jane and Collie Buddz’s Come Around.

While he supports responsible use of marijuana, Verse Mega is not big on 4/20 which is also an homage to unapologetic weed soldiers like Tosh and Bob Marley.

“4/20 is funny to me. I think it’s cool that there was a day where police would leave people alone to bun dem weed in peace even when it was illegal. As a hip hop and reggae artiste I’ve always been around weed enthusiasts, so it was like St. Patrick’s Day. I’m not Irish but I’ll celebrate with you,” he reasoned.