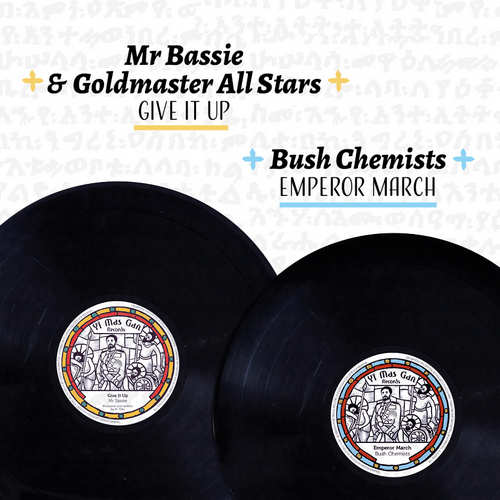 Independent French label Yi Mas Gan Records, created in 2017 and based in Nantes, celebrates its 5th anniversary with the release of two brand new 7″ vinyl singles. The first platter features Mr. Bassie with his vocal piece Give It Up, which is accompanied by a dub counterpart from Goldmaster AllStars entitled Dub It Up. The tracks were recorded & mixed at Goldmaster Studio in the UK and produced & written by M. Diss. The other 7″ single features mid ’90s UK roots straight outta Dalston from the dub pioneers Bush Chemists. Emperor March and its Dub Version were recorded & mixed circa 1993-1994 and get a limited repress from Yi Mas Gan Records on 7″ vinyl only.