Binghi Blaze has an open mind 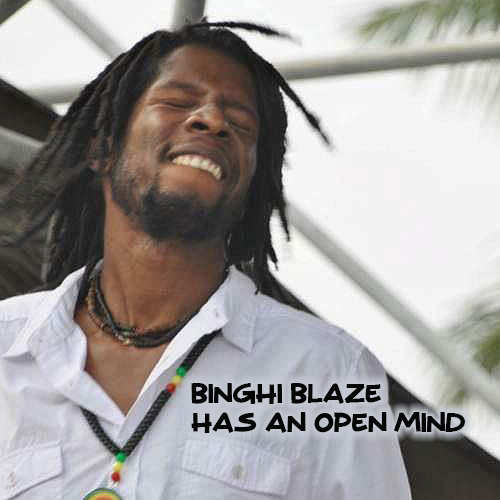 In late July, Jamaicans make final preparations for their country’s 60th anniversary of independence from the United Kingdom. Roots singer Binghi Blaze has added a reason to celebrate.

His debut album, still to be named, is scheduled for release two weeks before the fireworks on August 6, Independence day in Jamaica.

The album is produced by Dennis “Jah D” Fearon, known for his work with Edi Fitzroy and Culture. He disclosed that a decision will be made soon on the number of songs for the set which he describes as “Roots, Rasta an’ not necessarily entertainment.”

In early June, the South Florida-based Binghi Blaze released Rastamance, a ballad dedicated to the “Empresses” of di world”.

According to Binghi Blaze, he has an open mind when it comes to music.

“Wi ‘fulljoy’ everything di Almighty tell mi fi do except dancehall an’ hip hop. As a matter of fact, I plan to do an whole album fi di ladies,” he stated.

For now, the majority of his songs are message-oriented. That’s the sound Binghi Blaze has shown preference for since he kicked off his recording career with Jah Is In Full Control nine years ago. 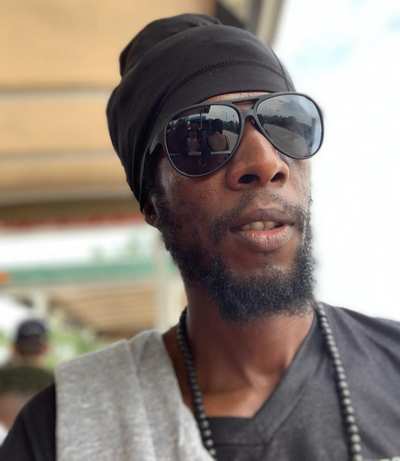 Other songs, like One True Friend and Put It Down, have the roots-reggae feel that attracted him to music and Rastafari.

The dreadlocked artiste has been musical since childhood although the sounds he played as a boy were gospel — far from the Afrocentric themes of his future heroes, Bob Marley, Peter Tosh and Vaughn Benjamin.

He was also a promising athlete, participating in Jamaica’s vaunted annual championship over 1500 and 800 metres.

After meeting Fearon four years ago, he experienced renewed focus in music. In 2020, they began production on his debut album with Fearon and his son Dia handling most of the keyboard parts; Prince Manning of The Abyssinians band played drums.

Where Binghi Blaze is most pleased, however, is with the area of songwriting.

“My level of thinking has gone on a different path because I’m stronger mentally, physically. and spiritually. Those songs I wrote before are good but I believe the ones for di album are on a different level,” he said.