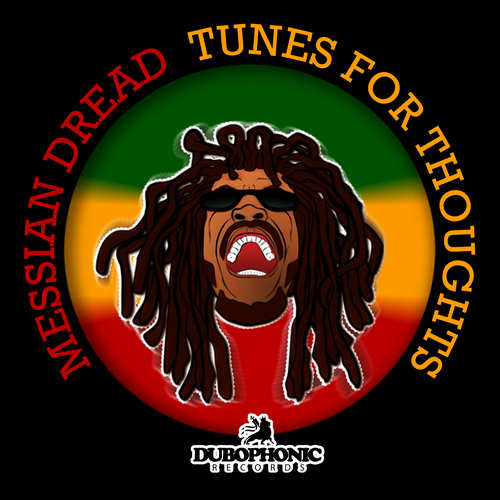 Last year, Dubophonic Records – the music label from Cyprus – re-released the 2007 track Maranatha from Messian Dread, the Dutch producer, singer, player of instruments, writer, reviewer, selector, and editor/webmaster of Dubroom, one of the longest running platforms/netlabels promoting Dub Reggae and consciousness since 1997. Dubophonic Records has now released Tunes For Thoughts, a compilation of tracks from Messian Dread’s archives, produced by him between 2006 and 2008. It is the first time that they are all put together in a compilation, since they were originally released in the past as separate digital EPs with many alternative versions of each track. The digital only album consists of ‘Discomixes’, which is the trademark of Messian Dread.

In Reggae, when you like a tune, you listen to it a few minutes and after the vocal version you play the dub. But the discomix tradition is something that is not really seen or heard these last years. A discomix version is there to make you feel the experience, to feel and meditate. You’ll listen to a full track in a discomix style and when you look back to Reggae tradition, you know what this is about. The term ‘Discomix’ is not very familiar. It comes from the ’70s and ’80s. A tune with lyrics is followed by a dub version, all in one long mix. A concept hardly followed anywhere nowadays, because of sentiments or whatever. Messian Dread has been pushing it to the limits and because the people of Dubophonic Records recognize him as a pioneer respecting this format they forward it through this album, not only to listen but to be part of the experience as well.