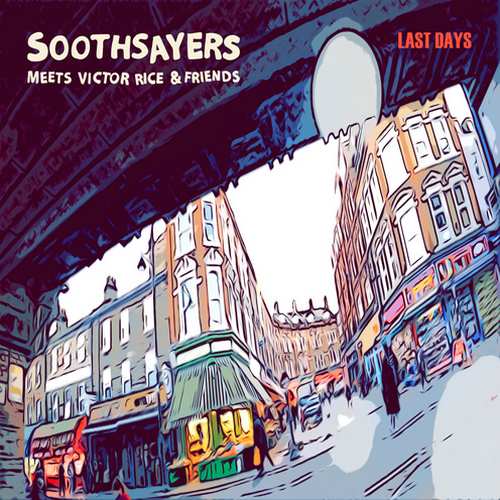 London musical collective Soothsayers have teamed up for a new project with New York-born, São Paulo-based Grammy-winning producer-engineer-bassist, Victor Rice, and some of Brazil’s top musicians. The result is Last Days, the first single from their forthcoming collaboration album entitled Soothsayers Meets Victor Rice and Friends, due for release in July 2022.

Written and recorded in London, São Paulo and Lisbon during the Covid 19 lockdown, Last Days is a heavy-stepping instrumental that has already become a UK sound system pre-release favourite.

The single is a strong statement signposting the new, all instrumental album, Soothsayers Meets Victor Rice and Friends. The title is testimony to Soothsayers’ spirit of equal collaboration and the warm bonds of friendship between the musicians, across great geographical distances. The project blossomed from earlier sessions in São Paulo for Soothsayers’ 2020 vocal album We Are Many.