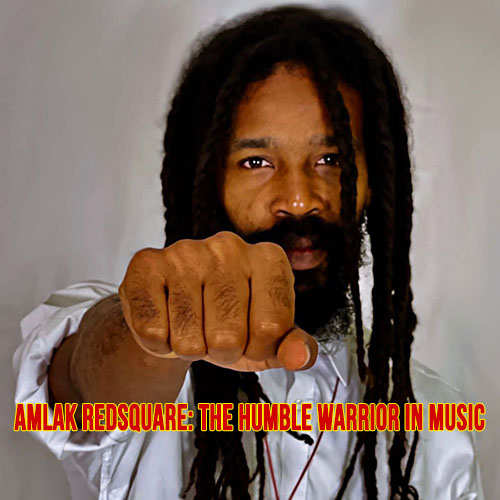 “We cannot solve problems without dialogue. We cannot move forward unless we unite.”

These are not the words of national hero Marcus Garvey or Nelson Mandela. It is the voice of Rastafarian singjay, Amlax RedSquare, who is on a mission to use his music to educate and change the world.

This is no cheap talk when there are discussions swirling that reggae music has taken a dip in promoting peace, unity, and discipline.

Well, Amlak RedSquare and his wife Nickeeta, did not cover their problems with a white sheet, as if they did not exist. The couple decided to talk about their problems to ease the tension, then to find solutions.

“We wanted to see where we went wrong in our actions, hence a face-face discussion, and then comes the solutions after looking at both sides. What began behind closed doors has now gone public with a podcast show, because we know, for sure, other couples are having the same problems. We needed a projector, cameras and microphones, proper lighting, back-drop and music, which we got.”

Last February, 2022, the podcast show titled ‘Music and Marriage’ marked its 2nd anniversary with over 100 episodes. Some of the topics are ‘Married But Living Separate’, ‘Individuality Within Marriage’, ‘House Husband’, and ‘Valentine’s Day Gifts’. “We are now having special quests on the show to make it more interactive and meaningful.” 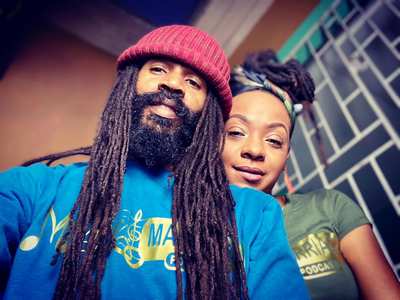 The hosts have been getting good reviews from fans across Europe, the Caribbean, and Africa. They also welcome suggestions to improve the quality of the show.

Amlak, a nephew of international dancehall act, Spragga Benz, is regarded as a powerful messenger who has been trying to guide the younger generation in the right direction.

“I cannot use my talent, which is my music, to destroy lives, it must be to empower people.”

Born Omar Gordon, he has spent much time in Red Square community (McIntyre Villa known as Dunkirk), which has become synonymous with music.

There are several songs which are dear to him, such as ‘Heart A Love’ feat. Kvng Tat. This is produced by New York-based Ricky Peela for Peela Productions.

“I wanted to do something for the ladies. I got the beat from Ricky Peela before I left for Europe in 2019. Kvng Tat’s vibrancy, catchy lyrics and melody make it easy.”

Another song is ‘Same Thing’ produced by Grammy-award producer Delly Ranx. This is a mixture of singing with a lot of hardcore conscious lyrics. Then there is ‘Round Here’ ft. Spragga Benz produced by Peela Productions. It is a song which deals with actions which are not encouraged or deemed negative.

“Most of my work is centered in Europe where I have performed several times – one being the Reggae In Wulf Festival in Germany, and I have also performed at Guyana Music Festival.”

Amlax RedSquare has hit Itunes charts twice. One of his song, ‘Nah Beg Parts’ feat. Ras Charmer peaked number 15, while ‘Heart A Love’, a collaboration with Kvng Tat, went to No.38.

His views on the importance of education are well expressed in one local publication which states: “The hidden truth is that a lot of parents do not have the knowledge and skills to supervise their children. Many parents have to hustle to put food on the table. But, those who can, I beseech you to try and monitor your child because many children are not responsible to do this on their own.”

Amlak RedSquare attended two superb schools in the Corporate Area – Excelsior high and St. George’s College. His first release was ‘Jah Jah Its Your Love’ on LMR label (2012). He is credited with 2 EP’s ‘Ganja Free’ and ‘Humble Warrior’ and an album, ‘Book Of Judges’.