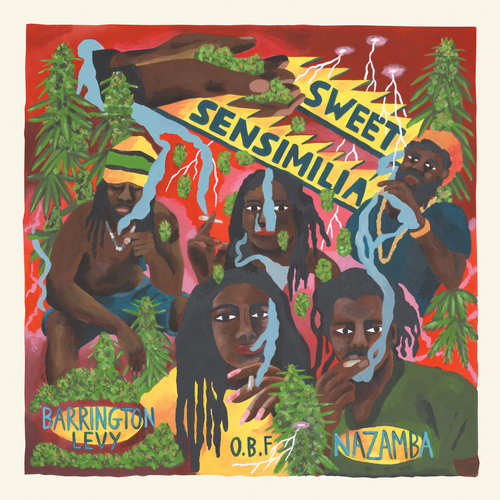 Thompson Sound and Dubquake Records have teamed up to offer modernised O.B.F versions of iconic roots and rubadub tracks from the last century. First released on the Jamaican singer and producer Linval Thompson’s label, these tracks from the ’70s and ’80s have been reworked by Rico O.B.F himself. Each 12” vinyl platter includes three tracks: a version with the original vocal, a dub version, and a dubpoetry version by dub poet George Scott aka Nazamba, who died from heart attack on July 1, 2022.

After the release of the Curfew 12″ single, there’s the second EP of this collaborative series: a fresh version of Sensimelia by a young Barrington Levy. It’s a true anthem recorded in the early ’80s at the legendary Channel One studios, backed by the Roots Radics and mixed by Scientist. The tune was first released on 1982 album Poorman Style, which was released by Trojan Records in the UK and Clocktower Records in the US.

On The Herbs Rico O.B.F’s late musical accomplice Nazamba, whose vocals were recorded at Tuff Gong Studio, rides along Barrington’s vocals, adding his heartfelt verses. An ode to the cannabis flower and its therapeutic virtues, the ‘Sweet Sensimilia’. The flip side features Rico O.B.F’s dub version called Green Dub. The vinyl will be dispatched around 12th september 2022, so at the moment this release is only available on digital download & streaming platforms.