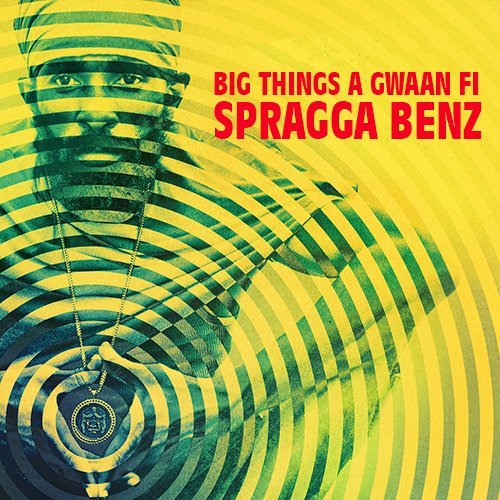 Spragga, who started to drive his lyrical Benz in the early 90’s, with songs such as “Girls Hooray, “We Nuh Like”, and “Things A Gwaan,” is still in the driver’s seat after some thirty years. The once spaghetti-frame boy and “A 1 Lover” from Red Square community has carved out “Love Is All I Bring” menu which has been a staple for thousands of reggae fans around the world.

Without any bragging rights, this Jamaican born US-based stalwart is able to “Jack It Up” with the right notes which keep his fans begging for more “Bad Man Anthem,” In the height of his 2,000 volts of glory the deejay’s star-acting was evident in “Shottas,” a movie which made him a household name for more than 20 years.

Hotter than hot and asking for “Who Next,” the deejay failed to simmer down in the height of the COVID-19 pandemic when he, like a mighty warrior, unleashed “Vaccinated” – a song which shows “Things A Gwaan.” He came back stronger from his anti-vaccination campaign when he appeals to the “rudies” in Spanish Town to “Ease Yuhself” and done with the war thing.

With 2022 being another history-making year, Spragga Benz has firmly cemented his pure class acting in “Second Chance” – a movie which is bound to make this world a better place for human beings.

In an exclusive interview with Reggaeville Magazine the deejay says, “the message in Second Chance is one for changing lives. It would be only too bad that throughout our lives we had never wanted a second chance. This movie will allow us to see our mistakes and to make amends. But, for many there was no second chance to pick up the pieces and turn around their lives.”

Spragga, who knows the bowels of the inner-city, wants this movie to be shown to inmates in the island’s penal institutions and other rehabilitation centres across Jamaica. This, he feels will help to reduce the island’s homicides which was 1,463 in 2021.

Spragga given name Carlton Grant, grew up in the McIntyre Villa (known as Dunkirk ) Kingston. He quickly captured the attention of music lovers with a catalogue of songs which mirrors true-to-life experiences. He has worked with producers including Winston Riley (“Coulda Deal”), Steely & Cleevie (“Girls Hooray”), with some of his albums being “Uncommonly Smooth” feat. duets with Chevelle Franklyn (“A1 Lover”), and Ben E King (“Spanish Harlem”). Another album “Chiliagon” topped the US Billboard top 1OO charts.

The deejay has been nominated and copped several awards, including a Lifetime Achievement Awsrd for his contribution to music. He is also booked for Sumfest 2022. This is a true testament that here lies a man who is not destined for à, but already looking to surpass greatness.