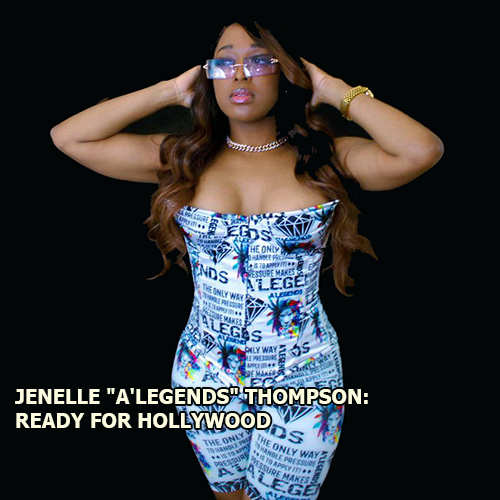 US-based Jenelle “A’Legends” Thompson, a fashionist in every sense of the word, knows how to keep her skirt below her knees. But, when it comes to glitz and glamour, the 28-year-old knows how to strutt her stuff to catch the eyes of Benzs and Bimmers.

Just about a month ago, she flew down to Jamaica, and what a piece of excitement, because everyone see her as a star. Her father Delroy (now deceased), and mom Kareen, had been preparing her for all this glamour she displays.

“I remember my dad going all out whenever I was visiting Jamaica during summer holidays. That’s when I got a break from school abroad. There would be a long line of people, including children, eager to see me. Even my brothers, Omar and Kimani often-times, would flash a comment regarding my future which stuck in my head. ‘My baby sis, you will be the rich one in the family’, they boasted without any apologies.”

“The uniforms did not have the flair of my taste, so I went ahead and add, say a sash around my waist, or a scarf around my neck. I began to draw designs when I was about six months pregnant. Things started to download my spirits and fashion became a sort of escape route. There were a lot of different clothing and styles for both men and women and my eyes were fixed on those casual designs.”

That talk has been going on in social circles ever since she took on fashion as a career in 2018. Jenelle, who has a degree in Business from the University of Phoenix, Arizona, believes that piece of paper will help her to get to Hollywood. And, she was very serious about how she looked in high school.

Her first complete design was a T-shirt which was inspired by a slightly similar design by a multi-national company in Italy. Jenelle uses mostly cotton, and or polyester material for her A’Legends outfits, which include T-shirts, uni-sex sweat suits, jump-suits, shirt sets, socks, men’s boxers, and caps. 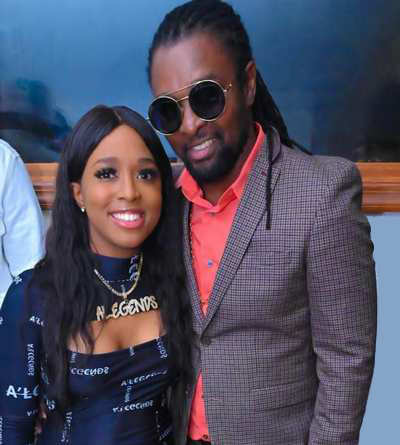 “I reached out to one of my family members and told her I wanted to get in contact with a couple of artistes and Delly Ranx’s name came up on the list. He purchased an A’legends T-shirt. It was a red short-sleeved T-shirt. The A’Legends was bright and bold in the middle with a crown on top and a dripping diamond below.”

Since then, over 20 entertainers, including Vershon, Spragga Benz, and Macka Diamond have been donning A’Legends out-fits.

Jenelle has become a star wherever she goes in Philadelphia. She has appeared as a nurse-aid in Summer Angel’s ‘3-11’ movie and will be featured in several upcoming music videos. Entertainers and disc jockeys are also endorsing her brand.

“I would really love to meet a movie director from Hollywood. Although I have not met Tyler Perry famed director for ‘For Coloured Girls’, I have met Cleon James of ‘Second Chance’ movie who could be giving me the first big chance of having Hollywood status.”

(Photos from top down: courtesy of Angelle Rivera and Jago Smith)