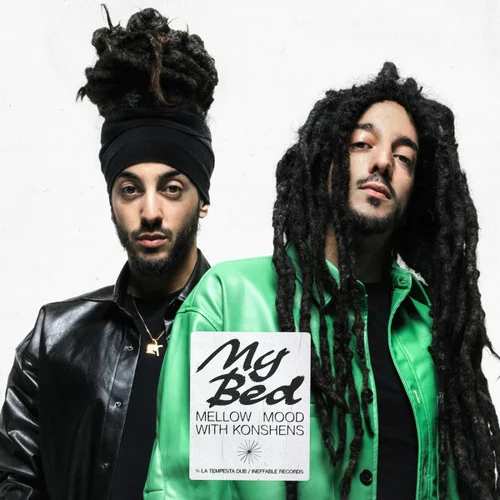 Mellow Mood’s latest music video sees the Italian band team up with Jamaican dancehall artist Konshens for their latest single My Bed. Four years after 2018 released String Up A Sound, the single taken from their album Large, Mellow Mood steps into typically dancehall sound territories once more. My Bed, the fifth single in anticipation of the new Mellow Mood album, was recorded, mixed and produced by Paolo Baldini DubFiles.