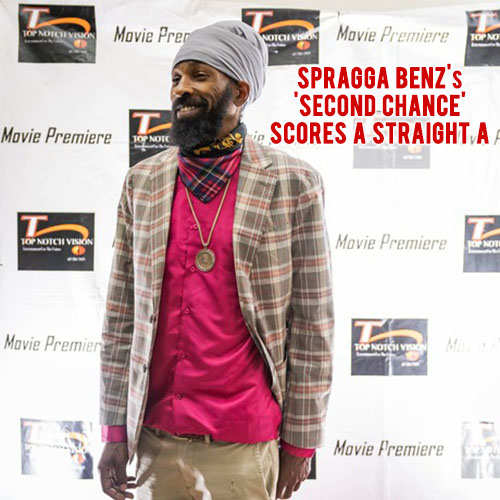 For the past 40 years or more, I have been asked to judge a variety of competitions – beauty and talent, festival song, essay, dance and fashion. I try not to turn down these offers because they tend to make you a well-rounded person.

What I have noticed is my intuition for getting it right – at least 99 times in a hundred cases by selecting the winner.

On Thursday, July 21, 2022, it was the premiere of Spragga Benz’s ‘Second Chance’ movie at the Carib Cinema, Cross Roads – a red carpet affair.

A two-year-old could count on one hand the number of times I have been to the cinema. I am scared of that frightening noise effect, especially when guns decide to bark, and I am not particularly fond of enclosures. But, you would never see me rushing to the screen to caution a man who threatens to spill the brains of another with his gun.

That happened years ago when an elderly woman charged into a theatre looking for her 12 year-old son. Suddenly, she heard, ‘I will kill you’ and, on seeing that big ugly “matic,” she rushed to remove it from the hands of the aggressor and the screen went down. The whole theatre was in laughter.

Luckily, the noise level was absent last Wednesday, perhaps because of the calibre of VIP’s around. 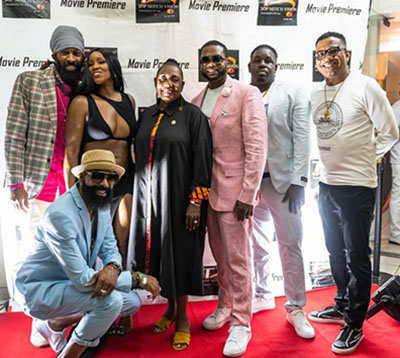 For a moment I couldn’t tell who was sitting next to me, but, it wasn’t Asafa Powell, Audley Shaw and his wife, Mark Shields and his wife Emily Crooks-Shields (who was the emcee), or Minister Olivia “Babsy” Grange.

So, what had I gone there to see that would have inspired any young or elderly person.

There is a standard 10 category to critique a movie, including plot, dialogue and theme. Sadly, I will not be trotting up that steep hill.

I went to see if Cleon James and Red Square production, including Spragga Benz, came up with a movie deserving of an award/awards. I went looking for the message and how well this was executed by the cast including Merlisa Determined, Jodi Covington, sound selector Tony Matterhorn, Jhonn De La Puente, Supa Twitch, soca disc jock Barrie Hype.

Secondly, how effective is ‘Second Chance’ in changing lives positively because this is what the world needs. And, will this movie help to, reduce domestic disputes, crime and violence and discrimination; promote healthier lifestyles for this and future generations.

Now, all other elements must blend in making a movie deserving of an award. Elise Kelly, radio personality extraordinaire, says she was gripped by the message and the life changes which came out of ‘Second Chance’. Argument done. Elise Kelly is one of substance, so you had better respect her words.

The over 10 others who took the microphone expressed the same sentiments. ‘Second Chance’ has a universal message. A second chance could have saved millions of lives around the world, thousands of starving children, hundreds of motor vehicle accidents and I could go on and on.

International dancehall act Spragga Benz plays David a qualified Rastafarian hoping to get a job in Corporate US. But, faces discrimination because of his Rastafarian faith. Frustrated, he turns to old school friends who influenced him in web of criminality. His life is on the edge of destruction, but luckily he falls on his spirituality and Christian up-bringing to save, not only himself, but others before it is too late.

The writer Cleon James explores several social issues which affects the world. One being the family structure with a single mother having to play both roles; the ever-troubled man – woman relationship which turns out ugly; the jealousy and the greed for money which leads to betrayal and death, and discrimination.

It is the Bible which David keeps close to his heart that saves him and others from destruction. He is the hero in ‘Second Chance’. David’s excellent acting, portraying the humble Rastafarian wants the best for himself – like thousands of qualified youths who will never get the job they deserve because of various forms of discrimination. In his quest for survival, he got caught in the fast lane which offers fancy cars, jewelry and other luxuries.

David’s real company is not his old school friends but the Bible which saves him as this was what stopped a bullet which would have killed him. He is human and so when he hears of his mother’s passing, if only he had a second chance then his mother would be alive. And, that crocodile tears he shed represents that love he has, not only for the mother but others who have paid their dues.

It’s so refreshing to see the joy when David takes on a job as a landscaper which he does with pride, then his upward movement becoming an accountant. That should motivate youths all over the world.

If I had not been to Carib Cinema last Thursday I would have missed out on ‘A living Testament’- that mega song by Briggy Benz and Bittah Sosicka who closed the chapter of a Straight A movie.