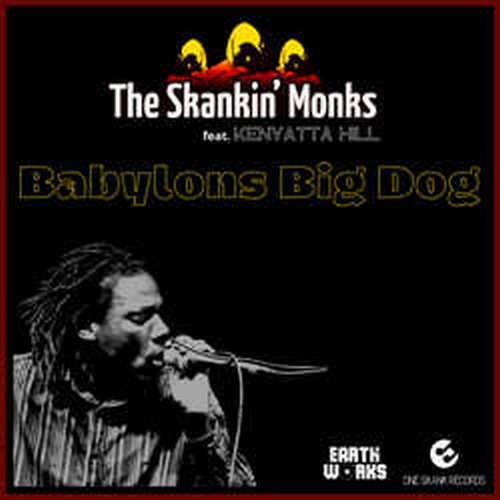 Kenyatta Hill in collaboration with The Skankin’ Monks make a big tribute to Kenyatta’s father, the legendary Culture vocalist and reggae icon Joseph Hill. Babylon’s Big Dog is a rearranged remake of the Culture classic from 1982 LP Lion Rock.

The Skankin’ Monks are a reggae formation from Amsterdam that gets inspiration from several styles. In 2013, they had a big hit with Chezidek’s single All My Life, which later that year was featured on the Jamaican singer’s album The Order Of Melchezedik. Since then The Skankin’ Monks collaborated with artists such as Eek-A-Mouse, Meta Dia, Kenyatta Hill, and Christos DC.

Babylons Big Dog has been released July 28, 2022, and is available on 10″ vinyl and as digital download.