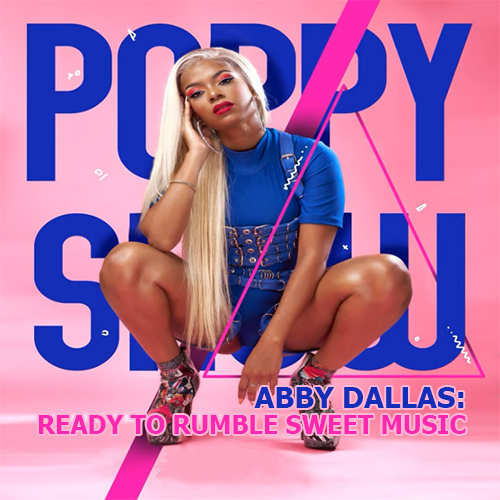 There is, I think, a volcano in eastern Caribbean that goes by the name Soufriere. Every now and then, she rumbles, then explodes like an untamed pressure-cooker and causes some sort of hullabaloo, with just about everyone trying to get out of the way. During that time, she is likely to get all the attention, keepìng photographers and camera crew on their toes.

Well, there is Abby Dallas, a songstress, who lives in the Caribbean region – in fact, Jamaica.

She is not quite like Soufriere; as she is not known for causing chaos, except during her performance. And, this doesn’t happen often, as she knows how to control her emotions.

In Jamaica’s music history she has rumbled twice-winning the JCDC (Jamaica Cultural Development Commission) Best Junior Soloist award in 2005, and the National Festival Song Competition in 2012.

With things running smoothly during Jamaica’s 60th anniversary, many would have liked her to be rumbling more than ever before. But, I think she is simply playing it cool for now.

A week ago, she was screaming down the place when Sacaj’s “Nuh Weh Nuh Nice Like Yard” copped the National Festival Song title, beating nine men in the pack. 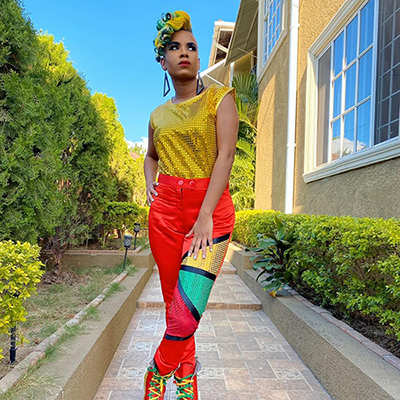 “That is something to celebrate. What a sweet victory. For too long men have been dominating this competition believing we women have no chance to dethrone them. To have won at a time when Jamaica is celebrating 60th year of anniversary is astounding. I really love what is happening.”

The competition began in 1966 with The Maytals “Bam Bam.” crowned winners. Since then, some prominent winners are Eric Donaldson’s “Cherry Oh Baby”(1971)and Roy Royan’s “Give Thanks and Praise”(1987).

Abby Dallas, born Abbygaye Dallas is not afraid to tell anyone she could win an international song competition just about anyday.

“Well, I am very confident and my vocals are distinct, natural and compelling. People keep asking me, what is keeping me from entering an international competition, like UK’s X- Factor which Jamaican Dalton Harris won. But, I tell them if I were interested, I could have done so lòng ago.”

Abby, who has more than a pretty face says, “I love music so much. As a child growing up I would listen to gospel music because my mother was an ardent church-goer. But, later it was every genre, including jazz, pop, afro-beat , hip hop and reggae. I definately knew what I wanted as a student at Bridgeport High School snd made it on the school’s choir. My teachers encouraged me to enter competitions which could mould me into becoming an established singer.”

Abby Dallas toured with artistes such as Diana King and Tanya Stephens, while doing back-up vocals for Dean Fraser, Shaggy, and Yellowman.

In 2013 she released two songs “Destined For Love”, a lovers rock duet with Jay Q and “Extraordinary (I Am That Girl)” a solo effort. These two songs showed her wide vocal range and versatility. She has experimented with various genres and now favours Reggae, Jazz and Rhythm and Blues.

Her latest project is two songs. The first is titled “Poppy Show,” the other being “One and Only.” The first appears on the 0karo 2020 Entertainment Limited imprint, while the second on Crown International Triple 3+3=6=Records label.

Abby Dallas explains that, “Poppy Show targets men who consider themselves as bedroom bullies but failed in their attempt to satisfy their partners. In terms of the other song I want t8o advice men to be committed to their partners.”

For the future, the girl wearing the double crown wants her music to become a legacy.