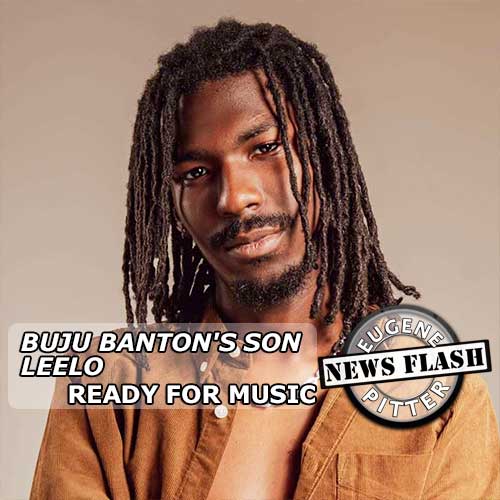 If you didn’t know before, now is a grand opportunity. International dancehall sensation, the one and only Buju Banton has a son who is ready to take the reins of music in his hands. You may have passed him without even noticing the buttons on his shirt, or the strong resemblance he has of his father, Buju. Leelo, given name Jahleel, is a bit on the shy side, but when he opens his mouth you are forced to think twice.

I never knew about this Leelo until his brother, Jahazeil, mentioned that he has a smaller brother who is doing music. That was about six months ago, and the introduction never matured until last Tuesday when Leelo crossed my mind again, but why? Sometime ago, I was passing my television and glimpsed what turned out to be one of Buju Banton’s stellar performances at a Rebel Salute show; that reggae show which attracts thousands of visitors to Jamaica each year. Buju’s A’ class performance was superb as he provided a set which can be described as, unforgettable. I was thinking about that unforgettable performance when Leelo flashed in my mind. Well, that interview I had with Leelo lasted for over an hour and could have gone another hour.

“I have been to two high schools -St. George’s College (virtually opposite to Kingston College on North Street) and Jamaica College (along Hope Road).”
“You must have passed 7 or 8 subjects in CXC and at least a grade 2 in English,” I queried based on his reasoning skill.
“I actually passed 8 subjects getting 1 for English language,” he said calmly. “My parents see education as very important. They believe children should not only go to school to play, but to pass subjects. I remember, running in a race and my mom would be off-track running beside me to the finishing line. And, whenever I win she would scream for joy. I loved sports and became champion boy twice at St. Andrew Prep. However, music took over when I met Projexx the grandson of King Jammys a prominent record producer. We were at Jamaica College at the same time, but I was a year ahead of him in fourth form.”

“Projexx, though a year younger, had more experience in dancehall and reggae music because while I was spending a lot of hours with my books, he was pretty much around King Jammy’s studio. It was always a dream of mine to go on stage, but just by talking to Projexx, who was more interested in the production side of music, steered me in that direction.”

At Jamaica College Leelo began using his lap-top to made riddims. “There is a Mac program installed in your lap-top which tells you how to build riddims. So, we would play an instrument and then add the element. To master this took me a while, but I became a perfectionist after graduating in 2015.

By 2017, Leelo released Low Life by Vanessa Bling on his Leelo Records label. So what are the fundamentals in music production? “As a producer, you have to guide the artiste. He comes with a song and depending on the topic you could decide on spot which of your riddms could fit the theme and flow of the song, or make something to fit it. A producer can tell when you have a hit song. In most cases, once everyone start singing the song from it starts recording. And, whenever children keep singing a line or verse get ready for the big times”

Next week: How did Leelo’s grandmother influence his music career.