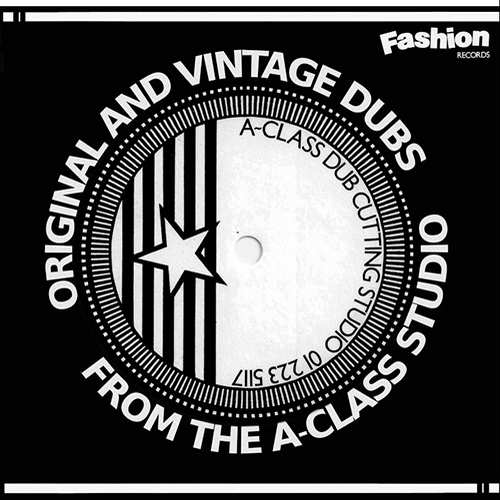 Dub Organiser’s LP Original & Vintage Dubs is a collection of dubplate mixes from Fashion’s legendary A-Class Studio. The album features live and digital riddims built in the 1980s for various projects, some of which never saw an official release. The dub mixes were were initially shared to a select circle of sound system operators to be cut and played as exclusive dubs.

For the past thirty years these tracks have been swopped and traded between collectors and members of the sound system fraternity, and now Fashion’s Chris Lane aka Dub Organiser thought the time is right for the music to be made available to all dub addicts and music lovers, especially as the album has never been pressed on vinyl. The 10 tracks on the ‘Original & Vintage Dubs’ album were all mixed at the A-Class Studio by the Dub Organiser.