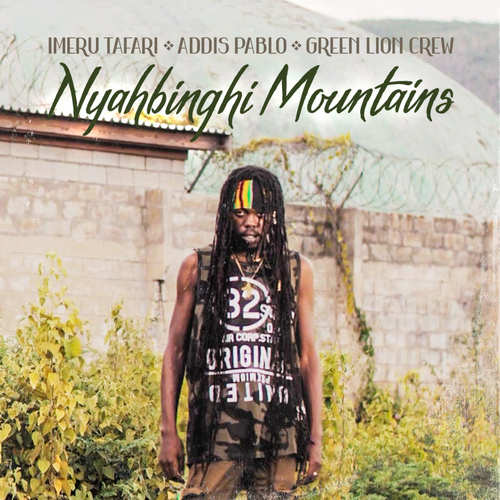 Reggae music has a tradition of bringing back the past and presenting it in a fresh new way. We’re in an age where the next generation of some of our Reggae greats are now impacting the scene with their own modern take on music production. The new single Nyabinghi Mountains on Ineffable Records is an example of this.

The first single from Green Lion Crew’s upcoming album Riddim Full Of Culture called “Nyabinghi Mountains” features Jamaican vocalist Imeru Tafari. He’s the grandson of the legendary Derrick Morgan and the son of prominent reggae artist Queen Ifrica. He has gotten a lot of attention lately for a hit song with reggae dancehall star Popcaan called Elevate. On the production side, Green Lion Crew collaborates with Addis Pablo, son of the legendary melodica player and producer Augustus Pablo. The instrumental samples Hugh Mundell’s classic track Stop Them Jah which was produced by Addis’s father and released on his label Rockers International in 1979. So much history on this one track!

Its style is reminiscent of the 2005-2007 era of Welcome To Jamrock by Damian ‘Jr Gong’ Marley and Come Around by Collie Buddz. Green Lion Crew and Addis Pablo are in their wheelhouse as two producers at the forefront of modern reggae production in the United States.

The official music video for the single was shot in Jamaica by Fernando Hevia and directed by Filmaica.