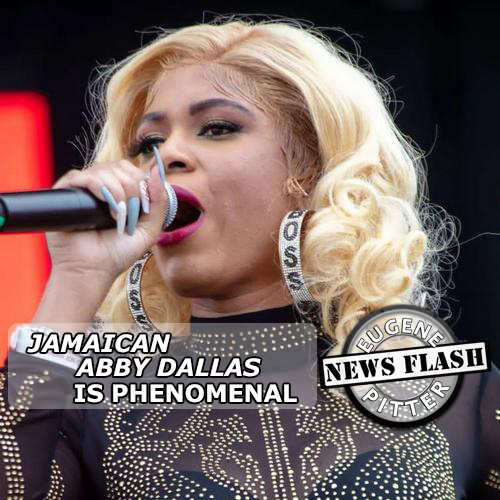 Forget my detention order, once you can promise never to forget the phrase. So, if you’re in your dead sleep and someone suddenly wakes you up, all you need to do is yell, “Abby Dallas is Phenomenal!” and go back to sleep.

Now, who could ever dream that this Jamaican songstress could have been getting such ratings on American soil?

Who could tell that Jamaica, a virtual dot on the world map, could have produced the fastest man and woman on this planet at the same time? So, for Jamaicans, nothing is impossible.

Abby Dallas is inching her way into the mainstream of the American audience, and she is doing this with much ease.

Fashionist Jenelle “A’Legends” Thompson says, “This girl (Abby Dallas) can definitely sing. She is a great performer with a full package – incredible vocals, stage performance, her stunning outfits, and she is able to relate to any audience because of the diversity of songs – from reggae to dancehall. I am definitely going to book her for my upcoming fashion show.” 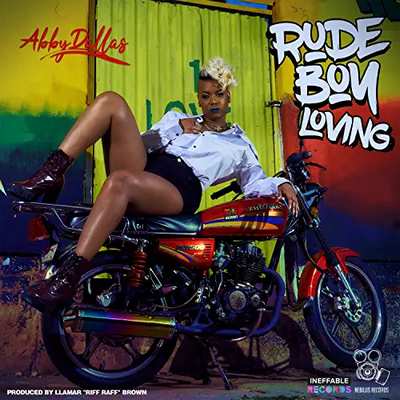 Abby Dallas’s first sign as a major force in entertainment on the American circuit was at the annual Jamaica Grace Jerk Festival held at Roy Wilkins Park, New York.

Her surprised entry brought a breath of fresh air to over 10,000 in attendance. One excited fan at the festival reportedly squeezed his way through the thick crowd to see who was belting out songs that have led major local and international charts.

“What a girl can sing! When she touched the high notes it was as if the roof of the building was playing to her tunes,” he said as he watched the rest of her performance.

Her most amazing acts came during her sizzling entrance for Beres Hammond and Third World Band.
To perform on the same show with Beres and Third World Band is no mean deal. Beres is arguably one of the best vintage singers in Jamaica commanding worldwide respect. As for Third World Band, its name speaks volumes everywhere they perform.

Her stunning bronze outfit with two slits, one on either side, revealing her curvy figure, had her audience “Think Twice” a song she did that would have made Celine Dion applaud her. She then weaved two of her originals – “Your Love” and “One and Only” – into the hearts of the audience. For “Your Love”, Abby had the full audience singing the chorus.

On Saturday night, August 13th, fans at the NJPAC (New Jersey Performing Arts Center) waited for the surprise package Abby Dallas would bring to the table, and she did not disappoint.
She selected an angelic white nude dress covered with white pearls leaving males uttering wow!
She cemented her fashion taste with a white pair of shoes.

Having served Celine Dion’s “Think Twice”, she repeated her two originals – “Your Love” and ” One and Only.” She added more cement to Diana King’s “Tenderness” – a song she dedicated to women who have lost their lives through domestic violence.

Abby Dallas left the best for the last when she ended her triple deal at Coney Island Amphitheatre, Brooklyn, New York.

“She immediately drew attention by performing a medley from Marcia Griffiths catalogue including, “Feel Like Jumping” and “I Shall Sing.” Then, she moved into her usual original songs requesting her audience to help her sing the chorus.

She later evoked a bit of controversy with her song with lines:
“Wha meck the man dem nuh gi dem money to the gal dem,
“Dem rather dash out pon dem fren dem”
The crowd burst in laughter, then Abby instructed them to help her sing the line:
“Dash deh money pon di gall dem yeeh eeh” ending a great series of performances.

In an interview with Reggae Vibes, Abby Dallas says, “It was just great. I have added new fans and I know they will be talking about me for a long time.”

The Bridgeport High School and Edna Manley College of the Visual and Performing Arts graduate showed her rich vocals when she took a gold medal and trophy in the JCDC (Jamaica Cultural Development Commission) Best Junior Soloist competition in 2005. She later won the National Festival Song Competition with “Real Born Jamaican” in 2012.

Born Abbygaye Dallas, her many songs include, “One and Only,” “Poppy Show,” “Rude Bwoy Loving”, “From My Heart,” and “He Is Just Not Into You.”