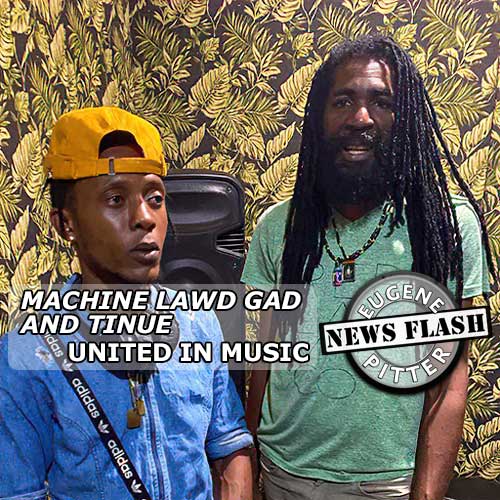 Fifteen years ago two teenaged boys appetite for music saw in each other the perfect combination that could turn their dreams into reality. Milton Bucknall aka Machine Lawd Gad and Ricardo “Tinue” Brown- like most boys in Bound Brook, Portland, would meet up at the same corner where the other boys sat to show-off their deejaying skills, or at the football field to see who could become the next Allan “Skill” Cole, or the great Pele from Brazil.

For many, this was a pipe -dream they could never accomplished- not even in centuries. So, they should rather settle with the possibility of becoming entertainers. Machine Lawd Gad who saw Bounty Killer as a role model recalls meeting Tinue at around age 15.

“We lived in the same Bound Brook community in Portland. Tinue was a little older than I were. We met through a football game, and I was already deejaying, which was not surprising. My father was an entertainer and he would readily take me to any session. Tinue would be talking about owning a recording studio and that talk would excite me because I kept telling myself what a great moment when I begin to record my lyrics and to hear my songs playing on the radio.”

Both young talents believe that once this journey began they would be on their way to stardom. But, that dream seemed farfetched when Tinue moved back to Kingston. “I didnt have that drive I had before ’cause I was not seeing Tinue often and he was a source of great inspiration. There were times when we met only about three times a year,” Machine Lawd Gad recalls. But, behind every dark cloud is a silver lining as one day the younger Machine Lawd Gad got a call from Tinue. This was about the studio which was up and running. “I immediately got a ride and reached the studio. I was so impressed, it was indeed a studio, equipped with monitors, 24- tracks mixing board, keyboards, guitars, drum sets and up-to-date Mac computer.”

To continue the dream the singjay left Portland and is now living almost a stone-throw from the studio. “I want to be as close as I can to the studio and I treat it like a job as I am here every single day. This is home away from home. And, I am going to work very hard as I want to make a difference in music which is to show struggling youths there is a way to success.”

Machine Lawd Gad says he has been doing some dub-plates for sound systems to earn some cash, in addition to recordings. The singjay has recorded his first song Dem Caan on Yaad Kore label. His latest project is three songs on Tinue owned All Spikes Production label. These are Changes, Prayer and Experience Badniss.

(Photos courtesy of All Spikes Production) 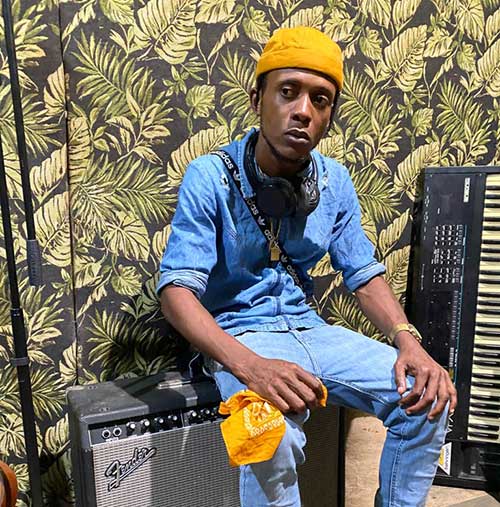