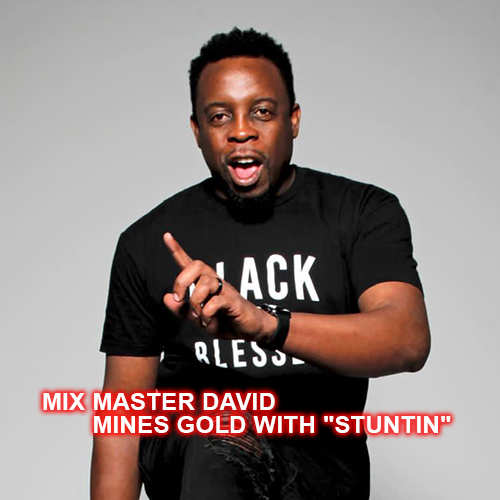 Whenever one begins to think about David in Atlanta, the words Mix Master is likely to pop up like a bottle of champagne.

The musical crown he has been wearing for years seems stuck to his head and everyone is dancing their way to the sounds of “Stuntin” – a song he hopes will bring him and others fame and fortune.

The song released July 16, 2021 and distributed by United Masters, is raking in substantial views which changes with every tick of the clock.

David, who knows music like the back of his hand, cannot be easily stumped by any music keeper or caught by any reggae bowler. He keeps abreast of the all the bowlers from long distance reggae and afrobeat to hip-hop.

“I am all for the game of music in this competitive world. It boils down to, who can stay in the game and not out.

So, it’s all about “Stuntin” now, a song which tells the story of a man/woman starting with nothing to something big in life.”

A number of lines read: 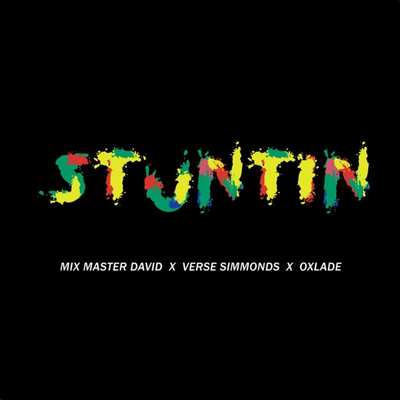 “This is a success story. One of passion, perserverance and determination. Just the type of story to motivate people. For God knows, the world has been battered by the effects of COVID- 19, so what we really want now are songs of inspiration”

Verse Simmonds, from Virgin Island, wrote the song but thought there could be, even a spoonful of added spice to give “Stuntin” an international taste. So, Mix Master David prayed for wisdom.

And, lo and behold, an angel appeared unto him saying, fear not Verse Simmonds, you who had put your magic touch in writing songs for Chris Brown and Nick Minaj should not harbour fear. Seek and he shall find. Knock on the doors of Oxlade a Nigerian Afro-beat artiste and he will not turn back thy faithful servant Stuntin. And, when thou hast done thy will go to Atlanta and let this record be a record of all records.

Oh! what a jubilation it was when “Stuntin” was heard as news spread smong the reggae congregation, all hailing Mix Master David as the man of action, not a bag of words.

His mother, Iris, a regular church goer, instilled in him the values of prayer. David became a humble servant in the Catholic church, found much favour in being an altar boy, participating in mass. But, he later had a different calling.
“It was music. Then, ten years old, I just couldnt escape the sounds of music knocking on all my doors. Juggler, the sound system operator, was my friend and it didnt really bother my family, including Wesley my dad, if I was playing at the turntables.

His big break came after he kept visiting Christopher Muncey, a friend who was working as an engineer at the defunct HOT 102 radio station.

“These were times when Tony Abrahams and Beverley Anderson (former wife of Prime Minister Michael Manley) hosted the very popular Breakfast Club and Perkins On Line.

David left Jamaica to Atlanta in 2002 where he continued his music career as a disc jockey on Underground system.

“I learnt that music has a way of speaking to people; it can also break down social barriers, so if you play the right songs you could get the respect I got from people from different nationality. However, there are clear signs that dancehall music, is of late, playing out the times in which we live. So, songs of violence, for example, do not have tbe depth like those of say Sean Paul or Shaggy songs.

David The Mix Master has produced the likes of Delly Ranx’s “Christmas,” Wayne Mardhall’s “Stand In Love,” Esco’s “First lady” while hitting no. 5 on Billboard’s charts.