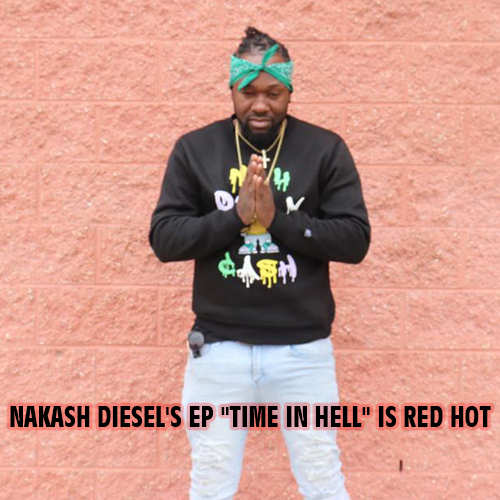 If “Time in Hell” – the title of deejay Nakash Diesel debut EP – makes you really scared, then perhaps you need to turn around your life to God. This, set to be released on August 12, 2022, should prove hot bread for 2022 and beyond. Just by looking at the EP’s cover should make people want to ask, what the hell is happening?

Nakash a Jamaican-born, US-based deejay’s image is virtually consumed by flames on the EP’s cover.

“This consumed photo, explains the sort of themes to be encountered in this compilation. They are what society deemed as wrong in the sight of God.”

He further explains that the themes mirror societal problems, and that listeners will definitely learn from situations which the EP explores.

He describes, “Extort and Rob” as “a practice which has become worldwide as while fingers are usually pointing at the ordinary man on the street, the middle and upper-class are included. 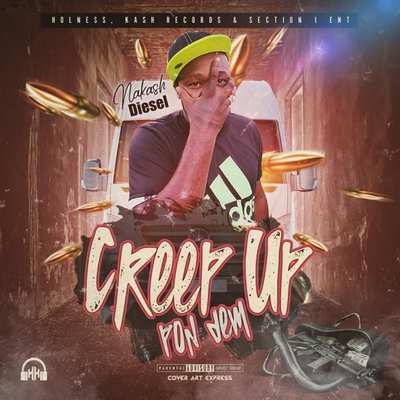 “These can come through high taxation, increased costs on commodities which are not justified, without pushing their hands in people’s pockets.”

In one of his songs titled “Time in Hell” he sings:

This is a true-to-life experience which the deejay and others have experienced, and he does not shun from it. If that makes you ponder, here is another from the track titled “Anticipate.”

“I was consider a rude but bright little boy, loving school. My dad was very important to me. In fact, he was the most important person because he was very responsible and displayed a true father figure.”

“Becoming a soldier was my first love because I was really a physical child and the activities of soldiers, including carrying a gun showed a form of discipline and authority which I too wanted to experience.”

“However, with Beenie Man blazing the charts music went to my head. As I grew older I became more interested in Bounty Killer’s lyrics which promote opportunities for the poor.”

At school, Nakash met a group of students who became lunch-time entertainers for the entire school.

“That gave me a new type of energy, especially, when we clash lyrically and I was declared the winner.”

Nakash’s migration to Kingston allowed him to meet a new generation of established artistes like Capleton and Sizzla.

“I met the David House crew but did not become a Rastafarian. I knew where to find a number of recording studios like Exodus where one would encounter artistes like Nitty Kutchie and Ghost.”