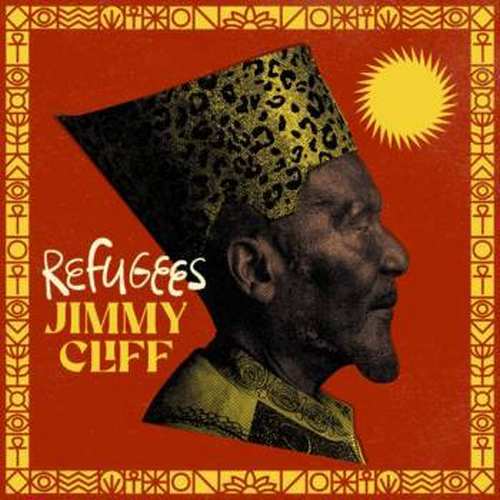 Ten years after he gifted music fans with the album Rebirth, Grammy Award-winning reggae icon Jimmy Cliff makes his long-awaited return with a brand new 13-track album. It was the lead single Refugees, done in collaboration with Wycleff Jean, that paved the way for the album of the same name that has now been releashed via UMe.

About his collaboration with Jimmy Cliff on the song Refugees, Wyclef Jean, the founding member of the Fugees, commented,
“For me, coming to America wasn’t easy when I first got here. Having family members who suffered political torment, it wasn’t easy for us. When I say ‘Fugees,’ ‘Fugees’ is short for ‘Refugees.’ I was always like, ‘If I could penetrate a message, it would be that.’ And who inspires that? Jimmy Cliff is one of my biggest inspirations ever, and he has always stayed on message when it comes to peace, love, and unity. The collaboration with this record is just what we are, talking for the forgotten. In an era where love is needed, I don’t think anybody can convey that better than the king.”

Two versions of Refugees are featured on the album, a Rap and a Dance version.

Another collaboration song on this album is We Want Justice, which has Jimmy Cliff teaming up with Jamaican vocalist and multi-instrumentalist Dwight Richards, who stated,
“I’ve been working with Jimmy Cliff for 20 years and was honored when he asked me to feature on ‘We Want Justice’. Growing up in Jamaica, that song really touched me. To be able to sing it with Jimmy gives it more meaning. As we all know, Jimmy is a humanitarian, and that speaks for itself and this album. We the people, we want justice, and we deserve justice.”

Lilty summed it up,
“The way the song came about is just a story about musicians having fun together. I was just messing around. The band leader ended up recording a few things. Next thing I know, I hear I’m actually going to be featuring on a song. Jimmy’s a man who has always stayed true to his beliefs. I think ‘Racism’ is a song that really shows what the whole Refugees album is about, which is unity and tolerance. The fact I get to be a part of is really amazing. I can’t wait for everyone to hear it. I see you.”

Although this set features heavy songs like Refugees, We Want Justice, and Racism, it contains enough tracks that are perfect to get your feet moving on the dance floor. The Refugees album takes Jimmy Cliff in a different musical direction which will certainly appeal to a broad audience, but most likely will be ignored by reggae purists.