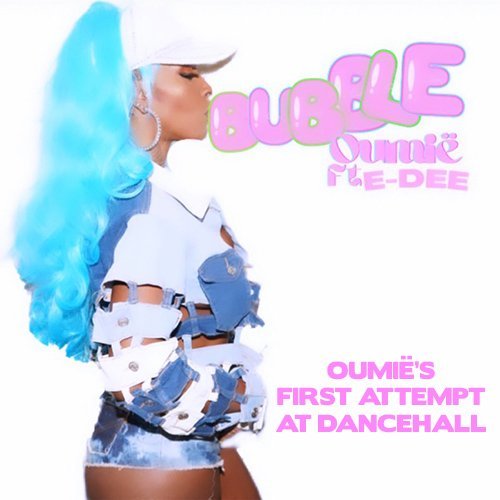 It was the early 1990s, and Stockholm, Sweden was one of the hippest cities in Europe. Music trends reflected the Swedish capital’s cosmopolitan populace.

Among that diverse demographic was Oumië, born in The Gambia, but resident in Sweden since age five. It was in her adopted country that she discovered Jamaican culture, listening to Bob Marley, Inner Circle, and Shabba Ranks on mainstream radio.

Now living in Los Angeles, Oumië’s love for sounds from the Caribbean island never waned. In July, the singer released Bubble, a dancehall collaboration with E-Dee, a Jamaican singjay also based in the City of Angels.

“I wrote a song and had a dancehall male artist in mind for it. So, when we finished the song my engineer suggested that E-Dee jump on that song which became Bubble,” said Oumië.

Huc, who produced the single, was also engineer for Bubble, which is Oumië’s first attempt at dancehall. Its feel is a major contrast to Waves and Myself, her previous songs which were pop-oriented.

Oumië has lived in Southern California for over 10 years. Like Stockholm, the region is rich in diverse cultures, enabling her to soak up even more eclectic music.

Although she heard songs like Mr. Loverman by Shabba Ranks and Sweat by Inner Circle, the sound of choice in Scandinavia was pop.

“I was into ABBA, Hanson and Maroon 5 and a lot of disco-pop. You know in Europe, they love that stuff,” she said.

In LA, her taste in Jamaican music expanded to Busy Signal, Mavado, and Alkaline. With Bubble, she teamed with E-Dee, a veteran of the city’s independent music/movie scene who has recorded four albums and appeared as an actor in several movies.

Although she did not live in her homeland for an extended period, she is aware of The Gambia’s strong ties with reggae. Frankie Paul and Luciano have homes there; they and Beres Hammond are just some of the high-profile Jamaicans who have performed in the West African country.

Bubble has fared well on reggae charts in Southern California. It is shot in the arm for Oumië who plans to release similar songs, possibly before year-end.