The Hempolics meets Macka B – One Law Fi Dem 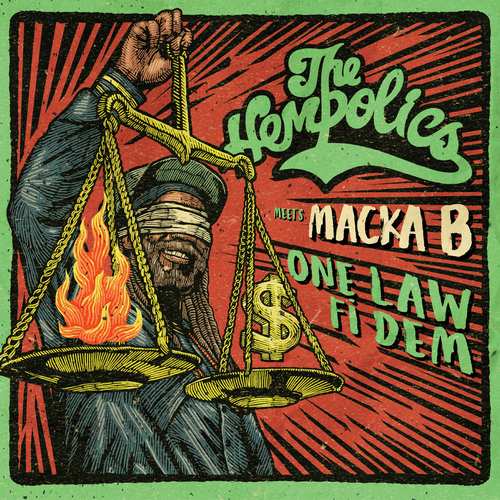 The Hempolics gear up for their forthcoming album with the release of the 7″ vinyl & digital single One Law Fi Dem via Zee Zee Records. They have reworked and updated the riddim of their debut release Serious and combined it with Macka B’s lyrical greatness to create a tune for the masses. The collaboration captures a tale of the time, indeed a tale of the ages, as Macka B spits “One law fi dem, One law fi you, Do as I say but no do as I do”. It’s not just the story of the UK right now – but the world over.