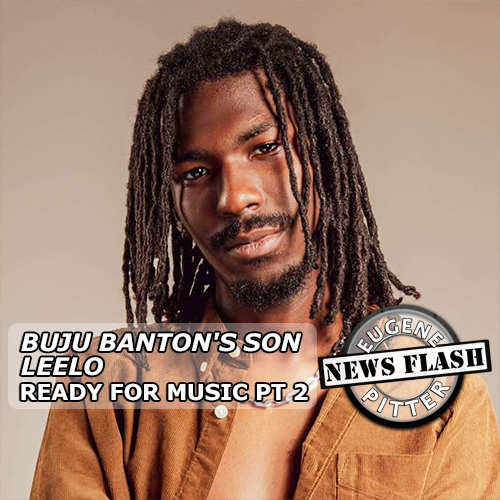 This is the final of a 2 part series on Buju Banton’s son Jahleel “Leelo” Myrie and his music. Part One was published on Thursday, August 26, 2022, and can be read HERE.

Although Jahleel was always surrounded by music, it was the sudden illness of his grandmother which influenced him to write his very first song, “Heart and Soul.”

“In 2019 my grandmother had a stroke and my grandfather called me to take her to the hospital. This was the same time the producer sent me a riddim to put a song on it. Thinking about my grandmother I began to sing:

Jahleel completed the verse in less than one hour while juggling football. The song was released on March 7, 2022, on the Echo Beats Production imprint. This is complimented with a music video.

“This song will help me reflecting on my current position in life to help me stay motivated and experiment with different sounds.”

Jahleel also recorded another song “Melanin,” and this is his story.

“I was searching for a dancehall song to sample and came across my dad’s “Champion” and decided to use his vocals.”

In 1991, Buju Banton released “Love Mi Browning.” This did not go down well with some fans citing racial prejudice. He quickly fix what could have led to a fall out with his fans by releasing “Love Black Woman”.

Jahleel’s vocal comes close to that of his father’s in a few lines when he deejays:

The song is on Jahleel’s owned Leelo Records label.

Jahleel is working very hard to produce high quality songs which he hopes will take his music around the world.