Jevaughn McCalla wants to be a Movie Star 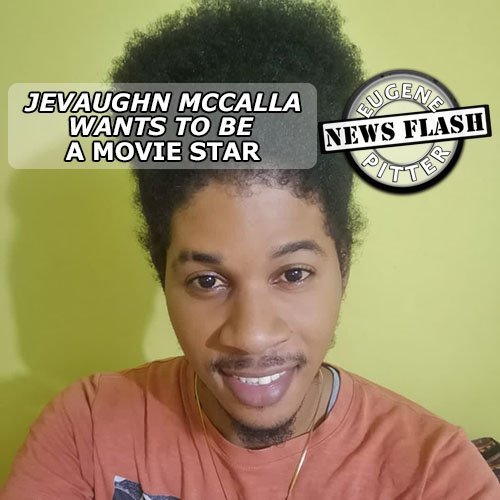 Some men are lucky to get two full-ripe stares from women in any one day. Others, like Jevaughn, could be counting as much as fifty stares or more.

Jevaughn “Jevy” McCalla is what one could consider a future movie star. He is in his mid-twenties, tall, fairly well-built, natural skin tone; pronounced facial features which would force one to stop, and begin to open the chapters in his life.

If you do, then you will get the opportunity, not only to hear his amazing story but to see his portrait which makes him so popular in his Old Harbour, St. Catherine community in Jamaica.

“I have no money, but I have good looks and I am fascinated about acting, especially love movies. So, I have the drive which can make me into a Hollywood movie star one day.”

“Hollywood!” I asked with a childhood innocence in my voice.

“Well, you could be right. My parents called me Genie when I was small, but now everybody call me Supa.”

“So, you are a super-man? I really would like you to help me,” he said cautiously. 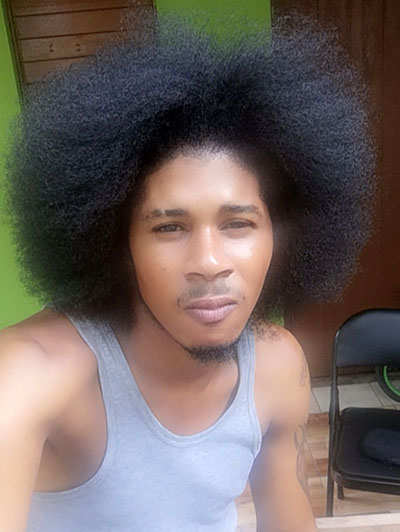 “I have two brothers – Alrick and Fabian – who are older than I am. My mom seems to know who is the most handsome of the three, but it is not hard to find out. Words like ‘pretty face” and “attractive” would sometimes slip from her mouth. On the outside, I have it hard trying to dodge this constant attention. Mom claims my father side of family is partly Scottish and Indian-rooted, while her side of family is partly negro and a dash of Indian. That’s what she says will make me so irresistible in the world of fashion.”

“As a pre-teen, I would rather select what to wear because I have a taste for fashion. For example, light blue jeans pants will blend with a bright blue shirt, while the sneakers should have at least a colour from the jeans pants or shirt. “

His hair is a subject of much speculation as some feel it is not 100 per cent natural.

“I had a few problems having to prove that everything on my head is mines.”

Jevaughn is not the party-type, but whenever he goes out the video lights keep turning to his direction.

“I can see why this is so because they want to catch the glamour and glitter. This is what people want to watch,” he adds.

Jevaughn feels he is open for advice.

“I welcome everyone who is ready to play an important role in my future. I am patient, determined, and willing to learn. Just waiting on that call to send me on the road to stardom.”