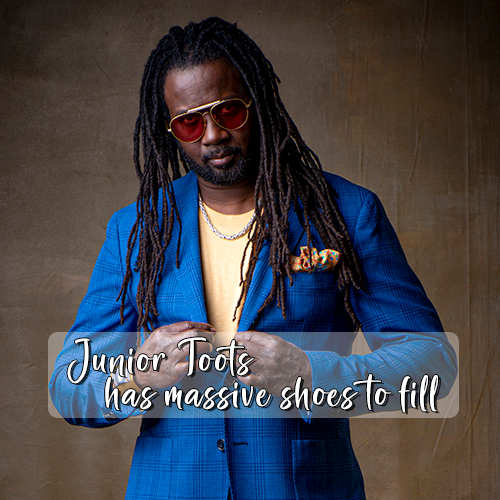 Being the child of a famous artiste can be a blessing or a curse. For Junior Toots, son of reggae legend Toots Hibbert, the former applies, though he has never ridden his old man’s coat-tails.

Based in Southern California, he is currently promoting Fayah fi di Wicked, a collaboration with Ugandan singer Blessed San and singer King Kanashi I from St. Croix in the United States Virgin Islands.

Produced by British company Soulfyah Records, Fayah fi di Wicked was released on September 1. Junior Toots was inspired to write it while living through one of the most complicated periods in recent history.

“I was frustrated with the Covid lockdowns so I decided to reach out to Africa to DJ Raffa to promote my single, Physically Spiritually, and also to talk to him about working with artistes from Uganda,” Junior Toots recalled. “He referred me to Blessed San I and I also linked up with King Kanashi I from the Virgin Islands. I recorded the chorus and sent it to them and they recorded their vocals and sent it back to me in a couple days.”

Fayah fi di Wicked is technically Junior Toots’ first single for 2022. Another reason he contacted DJ Raffa was to help revive Physically Spiritually, a song he first released 10 years ago. 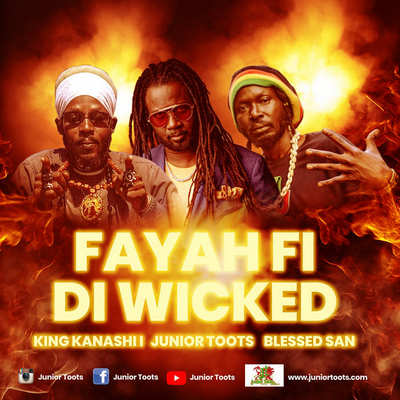 The global health challenges posed by Covid influenced the singer to give the single a second wind.

“It was re-released because so many people were getting sick and I felt it would bring inspiration to everyone. (Song promoter) Stampede from Jamaica really likes the song and wanted to help me push it, we got some great reviews and interviews,” Junior Toots explained.

Born Clayton Hibbert, Junior Toots is from St. Mary, a hilly rural parish in eastern Jamaica. As a youth, he was taken by the timelessness of his father’s music as well as other reggae greats and his (Junior Toots’) contemporaries.

He credits that appreciation for different eras for his delivery being a blend of “original sounds of past and present” that can be heard on the four albums he has released to date. Junior Toots has extensively toured the United States, and has developed a solid base in Southern California where he has lived for many years.

Toots Hibbert, whose classic songs include 54-46, Pressure Drop, Funky Kingston, and Bam Bam, died in September, 2020 at age 77 of complications from Covid-19. He left his children massive shoes to fill, which does not intimidate Junior Toots.

“My father and his songs are great. I look forward to adding more of his songs to my set. If you listen to my songs, you will hear my father’s voice, that’s what people say,” he stated.