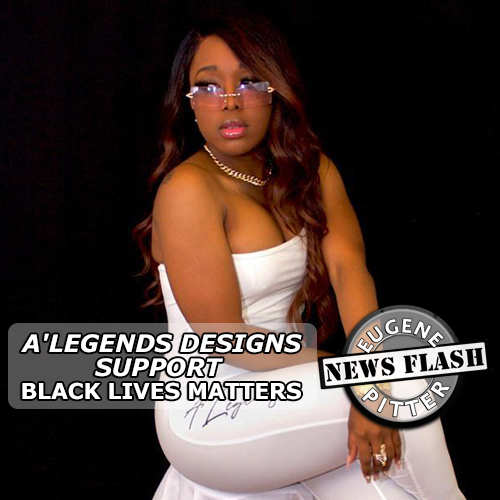 Last August 17, thousands of blacks around the world celebrated the 135th anniversary of national hero, Marcus Mosiah Garvey. Among the jubilants was US-born fashionista Jenelle “A’ legends” Thompson. Garvey was born August 17, 1887.

“Whenever I think of Marcus Mosiah Garvey, the first thing that comes to my mind is Black Lives Matters. Garvey, founder of Universal Negro Improvement Association (UNIA), would have been a part of the Black Lives Matters (BLM) movement if he were alive.”

This is a decentralized political and racial movement that seeks to highlight racism, discrimination and racial equality experienced by black people when they come together to protest incidence of political brutality and racial motivated violence against blacks; demand that society value the lives and humanity of black people.

The BLack Llves Matters is led by activists in local chapters who organise their own campaigns and programs.

The chapters are affiliated with the Black Lives Matters Global Network Foundation, a non- profit Civil Rights organization that is active in the US, Canada and the United Kingdom. It is founded by Patrisse Cullors, Alicia Garza and Opal Tometi, which overtime was expanded into a national network of over 30 local chapters between 2014 and 2016.

It was the shooting death of African-American teen Trayvon Martin by George Zimmerman which led to BLM. This happened 17 months earlier in February, 2012. 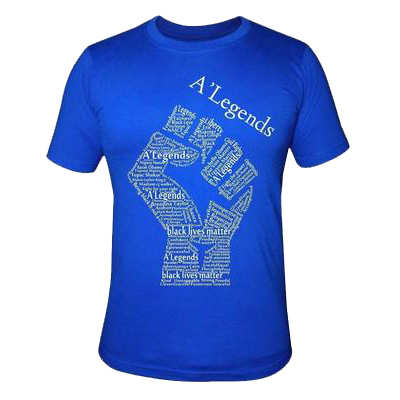 Jenelle has always view the lives of every race important. But, her awareness of Black Lives Matters increased in 2012. That’s when George Zimmerman killed 17 year-old Trayvon Martin in Florida.

“I have a black child, his father is black. I am a black woman and we could be targeted by whites. This is something that scares me. And, makes me alert of the things around me. There was a time when I would be scared. And, do you know what is interesting, my son wants to be a police. Even the sound of a police vehicle gets him excited. I really don’t want to kill my son’s dream. So, I tell him he has to go to sleep, wake early for school, so he can be a policeman.”

“I thought about people like Rosa Parks who refused to give up her bus seat to a white man; Barack Obama and his wife. Also gracing the T-shirt is Malcolm X”.

The T-shirts were sold out. However, more will be available at her up-coming New York fashion show set for December 2022.

“Everyone can support Black Lives Matters in their own way. Participate in community events, teach your children values and read the teachings of Marcus Garvey,” Jenelle adds.

Jenelle, who is of Jamaican parentage, was born in US. She began A’Legends clothing line from her home in Philadelphia. Her first client, record producer Delly Ranx, purchased an A’Legends T-shirt and sweat shirt. Others patronizing her are Macka Diamond, Vershon, Spragga Benz, and Xyclone.

She has appeared as a nursing-aid in Summer Angel’s 3:11 movie; has published a children’s book titled Keira Discovers Her Talent, which will be sold at her December fashion show. She is described as media friendly having been featured on CVM TV and TVJ; graced the cover of CMIX magazine and just filmed an episode of Celebrity Chef to be shown on several television stations0, including TVJ and BET.