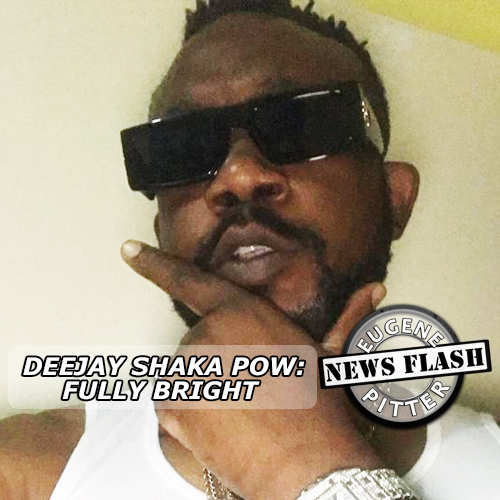 One of the most respected entertainers in Jamaica is no other than deejay Shaka Pow aka Outfytt Boss – a dancehall artiste and medical doctor by profession. His given name is Garth McDonald.

With all the talk about “Fully Dunce” making the social media rounds in music, very little is heard about “Fully Brite,” or should I get bright and say “Fully Intellect.”

Deejay Shaka Pow wears five bright stripes: humble, respectful, caring, forgiving, and inspiring. If anyone wants to get “brite” just talk to him.

This is a the first of a five part series on deejay Shaka Pow par excellence, only on the Reggae-Vibes site.

“I was born from a poor, but very ambitious family. My mother, Nellie Eubanks, was a postal clerk and my father Kasmir, was a Carpenter and Mason by profession. He loves music and operates a small sound system called Small Axe. Dad would play the riddim from his turntable and I would deejay around it.”

“He used to ride his 10-speed bicycle and carry my brother and I to school. We really loved how dad would hold the cycle steadily while we climbed on, and he would warn us not to let go of the handle no matter what happened on the way to school.”

“School was serious business. Mom especially, would instill in our young brains that education was the way forward. And, I believed her because she was that type of mother who spoke with authority. Each time we looked at her, the word education seemed to be printed on her face. She was an Early Childhood Teacher Assistant in her earlier days.”

“It was all about reaching school on time and listening attentive to my teachers, doing my homework and making sure everything was correct because mom and dad were around to check my books. They wanted me to do my best. And, that was always good.”

Deejay Shaka Pow out-performed every single student in his class, throughout basic, primary and high schools.

“At Waterford Primary, I was first in every class, every single year, no matter how hard other students tried. I humbly stood and got, prize after prize, and my mom and dad, along with my siblings, would cheer me on my journey.”

“It was similar at St. Catherine High School where I had little competition and we had some very bright students at that St.John’s Road institution where Prime Minister of Jamaica, Andrew Holness also attended.”

“I got transferred after my third year to Kingston College where I was a member of the winning school (KC) challenge team on TVJ’s School Challenge Quiz in 1992. Months before, I had captained the winning All-Island Science Quiz competition team.

“I entered the Faculty of Medical Science at UWI, Mona Campus at age eighteen. I had received the Herman White Prize for Medicine for best ‘A’ level results at KC.”

“As an undergraduate at the UWI, my music was propelled to another level. I was the campus deejay and the opening act for the highly acclaimed Spectrum shows on campus.”

“I opened the show when Beenie Man was conferred the Honorary Doctorate by the students at UWI, and later Bounty Killer as Professor.”

So important is education that the deejay penned and released a song titled “Book” as a follow -up to Bounty’s “Book, Book Book.”

Here are the words:

Deejay Shaka Pow believes Jamaica’s education system is one of the best in the world.

“It is copied by a number of countries all over the world. But, in the end we do not have the jobs to attract them. And, even with the available jobs, the salaries do not enticed then to stay, so they migrate.” 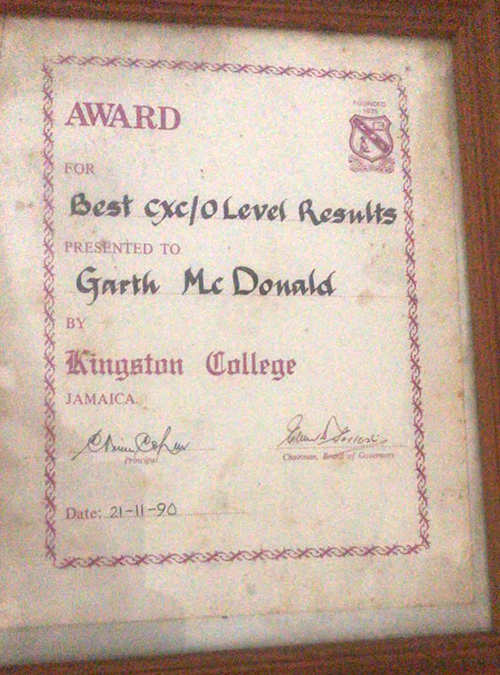 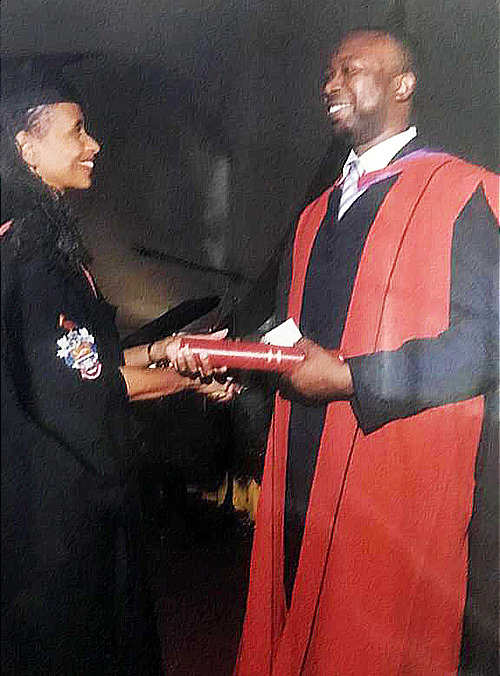 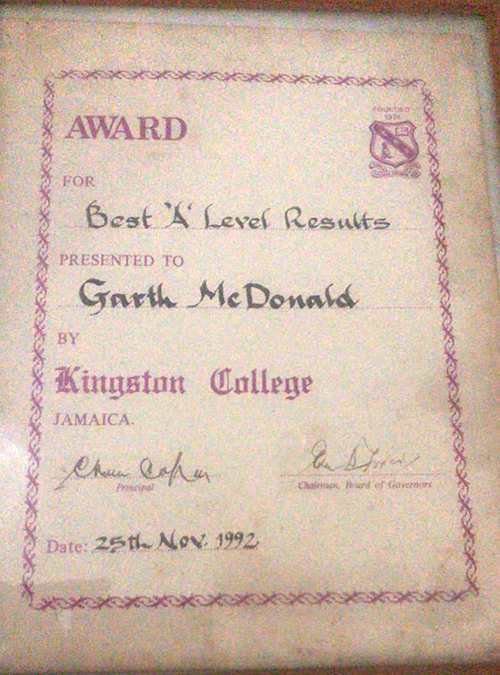